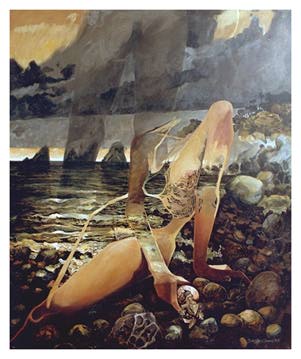 For much of human history it was common to believe that the creation of life was a divine event and, even today, there are many who hold to the view that God fashioned humans and other terrestrial life-forms essentially in their present condition. Scientific opinion, however, has undergone a series of radical revisions from the seventeenth century to the present-day. Moreover, it is only in this century that the questions of the origin of life and the existence of extraterrestrial life have been seen as closely intertwined.

At the beginning of the seventeenth century, the ultimate origin of life was considered primarily a theological issue. However, it was thought possible that small creatures, such as maggots and even mice, could arise from non-living material by spontaneous generation, a theory first propounded by Aristotle. When the experiments of Redi, Pasteur, and others undermined this theory, the notion that living things were somehow fundamentally different from inanimate matter became, for a while, difficult to avoid and vitalism enjoyed a period of renaissance. Lack of data rendered scientific speculation about the origin of life problematic, though the possibility of a gradual, chemical origin for life was aired in the latter part of the 19th century by Thomas Huxley, John Tyndall, and Belgium's Leo Errera.

An intriguing alternative, set out in detail by Arrhenius (though the idea was not new to him), is that life is eternal and has been spread from world to world by the process of panspermia. However, this idea failed to attract widespread support at the time and seemed beset by technical difficulties. In the early decades of the twentieth century, it gave way to a more concerted exploration of the concept of a chemical origin for life on Earth, a theory whose rise coincided with a debate about the nature of life itself (see life, nature of) between vitalists and mechanists. This was eventually resolved in favor of the view that life was essentially a complex chemical and physical phenomenon, so that its origins might lie in relatively simple chemical and physical processes which took place on the young Earth.

As early as 1868, Thomas Huxley had proposed that the basis for all terrestrial animal and plant life was "protoplasm". With the emergence of the new discipline of biochemistry, between 1901 and 1905, came the idea that enzymes might better define the fundamental unit of living things and, in 1914, Leonard Troland put forward an explicit chemical theory for the origin of life in terms of autocatalytic enzymes. Others thought that the newly discovered viruses and, in particular, bacterial viruses known as bacteriophages, might represent the smallest living particles. In 1929, H. J. Muller suggested that the first living things on Earth might have been "little else than the gene." The parsing of life into simpler components – viruses, enzymes, or genes – made it easier to accept the possibility that the first organisms might have come about as a result of a chance series of chemical reactions.


Toward a modern consensus

In the 1920s and early 1930s, Oparin in Russia and Haldane in Britain independently developed similar theories suggesting how conditions on the early Earth may have been conducive to the chemical evolution of life. Both postulated a primitive reducing atmosphere in which simple organic chemicals were synthesized. These organics, they argued, accumulated in the surface waters of the ocean, forming a "primordial soup", out of which, in time, life in its most elementary form emerged. In the 1950s, through the endorsement of Horowitz in the United States, Bernal in Britain, and others, the Oparin-Haldane theory achieved widespread recognition and was given powerful empirical support by the positive results of the Miller-Urey Experiment (1953). At the same time, Watson and Crick broke the genetic code, revealing the structure of DNA, and thus completed the knowledge of the structure of the basic chemical building blocks of terrestrial life).

The mid-1950s also saw the first integration of origin of life studies with those concerned with life on other worlds. Wald, Haldane, and Oparin were prominent in making this connection which was stimulated by the dawn of the Space Age and the prospect of searching for extraterrestrial life in situ. In 1964, Oparin wrote of the "inseparable connection" between astrobiology and the origin of life. Establishing how life arose on Earth was now seen as central to understanding where and how commonly life may have arisen elsewhere in the universe.

A major obstacle was the inability of laboratory experiments in prebiotic synthesis to progress much beyond the production of amino acids and other relatively simple organic building blocks. As Margulis has commented: "To go from a bacterium to people is less of a step than to go from a mixture of amino acids to a bacterium." The gap between an amino acid molecule, containing fewer than 100 atoms, and the most primitive bacterium containing around 100 billion atoms, posed a major obstacle to the Oparin-Haldane paradigm. Moreover, the need to seek new possible environments and mechanisms for prebiotic evolution was spurred on by the gradual realization, based on geochemical evidence, that the Earth's primitive atmosphere was almost certainly not, after all, strongly reducing (see Earth, early history).

There were two fundamental problems: first, to explain how the giant polymers that are essential to life, especially proteins and nucleic acids were synthesized under natural conditions from their sub-units, and second, to understand the origin of cells. In 1947, Bernal argued that some way of concentrating the basic ingredients was needed and that lagoons and tidal pools around the early oceans would have served this purpose well. Polymerization, he suggested, may have taken place with the aid of clay minerals, which would have provided a surface for the adsorption of organic molecules, a means of holding them while they joined together, and protection from the disruptive effects of solar ultraviolet. The possible role played by clay and a semi-dry, lagoon-like environment has since been stressed by others, notably Cairns-Smith1 and Miller. Gradually, biologists also came to realize that there may have been earlier phases in the development of life that did not involve DNA. In particular, Thomas Cech's discovery of self-catalyzing ribozymes led to a sudden growth of interest in the possibility of a primordial "RNA world", a concept raised to prominence by Harvard biologist Walter Gilbert in 19862 but first suggested in 1968 by Francis Crick. However, although RNA has the combined properties of a self-catalyst and a self-replicator, its fragility has led researchers to consider alternative scenarios. Some have proposed that protein catalysts preceded any replicator molecules such as DNA or RNA, while others, like Freeman Dyson,3 have suggested that they appeared together. In vogue at present is the idea that before the RNA world, there was an even earlier era dominated by a substance such as PNA.

The second major problem surrounding the origin of life is how cells came about – in particular, the 'containers' of cells or cell membranes. As early as 1932, primitive organic enclosures known as coacervates were produced in the laboratory and touted as cell membrane precursors. An alternative candidate emerged in the 1950s in the form of microspheres, the properties and synthesis of which continue to be investigated, notably by Fox and his colleagues, with a view to establishing their biological credentials. Indeed, there is a school of thought that some form of primitive cell container must have appeared first on the scene in order for the molecules which formed the basis of the earliest self-replicating life-forms to be sufficiently concentrated and protected from the external environment.

The discovery of extremophiles has prompted renewed speculation about the conditions under which the first terrestrial organisms appeared. Some researchers favor the hot environs of undersea hydrothermal vents as a likely birthplace for life,4 a hypothesis given further credence in 1999 with the announcement by Japanese researchers that they had managed to synthesize peptides around an artificial deep-sea vent. Others, most vociferously Gold, have promulgated the notion of a deep (and also hot) subterranean place of origin. In contrast, there are those who have argued for a prebiotic genesis in "cold soup" conditions.

Parallel developments have led to a revival of interest in the possibility that some of the raw materials for life, and possibly even primitive life itself, may have come to the Earth from space. The discovery of increasingly complicated molecules between the stars (see interstellar molecules), meteorites (see organic matter, in meteorites), comets, and the atmospheres of the giant planets, has contributed to speculation that the seeds from which terrestrial life grew may have been planted during the early bombardment phase of our planet. In particular, recent experimental work at the NASA Ames Research Center, intended to replicate conditions in interstellar clouds of gas and dust, has yielded possible early precursors of life, including cell-like bubbles, similar in structure to those found within the Murchison meteorite. Additional valuable data bearing on the possible extraterrestrial connection with life's origin will come from a number of current and planned space missions designed to collect samples of primitive material from comets or asteroids and return them for laboratory analysis. Other unmanned probes are scheduled to explore the environs of the biologically interesting worlds Mars, Europa, Callisto, and Titan. In addition, the identification of meteorites that have almost certainly come from the Moon and Mars (see SNC meteorites), has demonstrated that material may be routinely exchanged between worlds as a result of major impacts, giving rise to the possibility of ballistic panspermia. At the furthest extreme of speculation are the ideas of Hoyle and Wickramasinghe, according top which primitive organisms may actually have evolved in space (see life, in space).5, 6