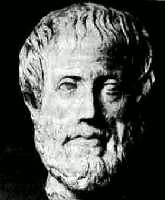 Fig 1. "Nature does nothing without purpose or uselessly." - Aristotle in Politics.. 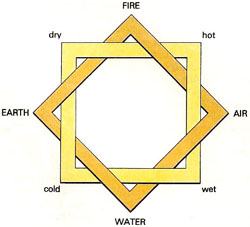 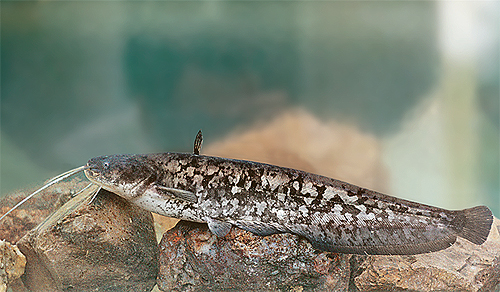 Fig 3. Aristotle's catfish (Parasilurus aristotelis). Aristotle's biological observations include notes on bees and fish. He discovered that the male catfish takes upon himself to guard the eggs of the female until the young hatch. Since other catfish behave differently, this was questioned until the 1850s, when Aristotle was proved correct by Louis Agassiz, who found that the North American male catfish (Amieurus) does the same.

Aristotle was a major Greek philosopher, student of Plato, and founder of the Lyceum in Athens. He was born in Stagirus, Macedonia, where his father was court physician to the King. He was sent to Athens in 367 BC to study at Plato's Academy. In 342 BC he was invited back to Macedonia to tutor the crown prince Alexander (who later left his mark on history as Alexander the Great). Around 335 BC he returned to Athens and founded his Lyceum. He died in Chalcis, north of Athens, in 322 BC.

The breadth and volume of Aristotle's writings is staggering by any standard. He wrote on philosophy, logic (originating the formal method of the syllogism), politics, biology (introducing a new system for classifying animals), physics, and cosmology. In his De caelo (On the Heavens), Aristotle adopted with some modifications the geocentric planetary model of Eudoxus and Callipus (c. 370–300 BC), but ascribed physical reality to the planetary spheres. His physics relies on an essential distinction between the sublunar realm, made of the four elements earth, water, wind, and fire, and the celestial realm, made of ether (or quintessence) and deemed incorruptible (Fig 2).

Aristotle offered the world an internally consistent physics and cosmology of hitherto incomparable breadth and explanatory power, which was to endure for more than 1200 years. In conjunction with Ptolemy's mathematical model of planetary motions, it was to form the cornerstone of the Christian medieval view of the cosmos.

Aristotle argued vehemently against the pluralistic teachings of atomism. "The world must be unique," he wrote. "There cannot be several worlds." He justified this stance on a number of grounds. For example, in his Metaphysics, he explains the motion of the planets and stars (around the Earth) as due to the "Prime Mover" acting at the periphery. If there were other Earths, there would have to be a plurality of Prime Movers, an idea he rejected as philosophically and religiously unacceptable. In Aristotle's cosmology, Earth was located at the center of a nested system of crystalline spheres to which were attached the Moon, Sun, planets, and stars. According to his doctrine of "natural motion and place", the four basic elements of earth, air, fire, and water tended to move to their rightful positions with respect to the Earth. Fire moved naturally outward, earth moved naturally inward to the center, while air and water assumed intermediate stations. This fundamental tenet underlay Aristotle's belief in a single kosmos, or world system, with the Earth at its focus. If there were more than one world, the elements of fire and earth would have no unique natural place to which to move – for him, a physical and logical contradiction. Aristotle maintained that there was a clear distinction between the terrestrial and celestial regions. The latter knew neither life nor death and the bodies within it were composed not of Earthly matter but of a fifth element, or quintessence. It was the innermost sphere, carrying the Moon, he believed, that marked the boundary between the impermanent "sublunary" realm of the Earth and the unchanging "superlunary" domain of the heavens. (See also ancient philosophy and extraterrestrial life.)

Following its transmission to the West in the twelfth century, Aristotle's doctrine of a one-world, geocentric cosmos was appropriated by the Church and largely upheld as being in keeping with the Christian belief in a special relationship between God and Man. However, it did not go unquestioned by medieval theologians, particularly as its insistence that there could be only one world appeared to put constraints on God's power. Between the 13th and 14th centuries, university scholars, including Jean Buridan, William of Ockham, and Nicole Oresme, gradually reformulated the Aristotelian dictum of natural place so that an omnipotent God would at least have had the logical option to create other worlds. Having said this, almost all medieval Scholastics held to the view that God had in reality created only one world. Extraterrestrials were restricted to spiritual beings like demons, ethereal in their make-up, which, it was supposed, lived in the "middle region", between heaven and Earth. Only following the Copernican revolution and the overthrow of Aristotle's geocentric cosmology, could the idea of other worlds and other life made of ordinary matter finally take hold.