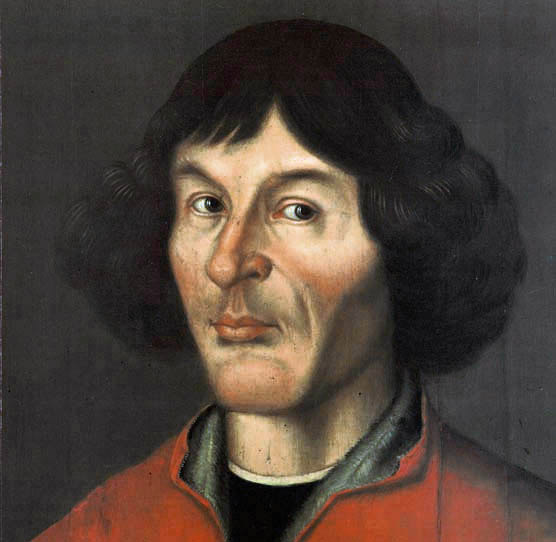 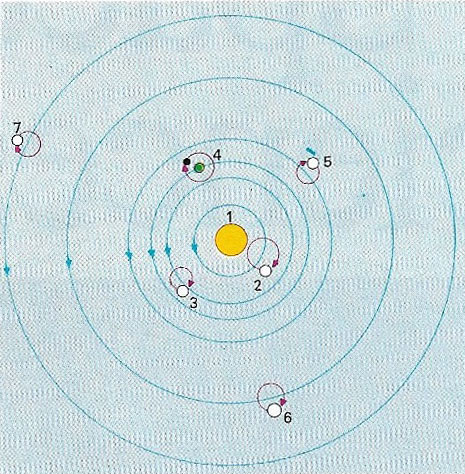 Fig 2. The Copernican theory places the Sun (1) in the enter of the Solar System orbited by Mercury (2), Venus (3), Earth (4), Mars (5), Jupiter (6), and Saturn (). His theory met strong opposition from the Church, and religious persecution persisted for a century. Copernicus retained both circular orbits and epicycles.. 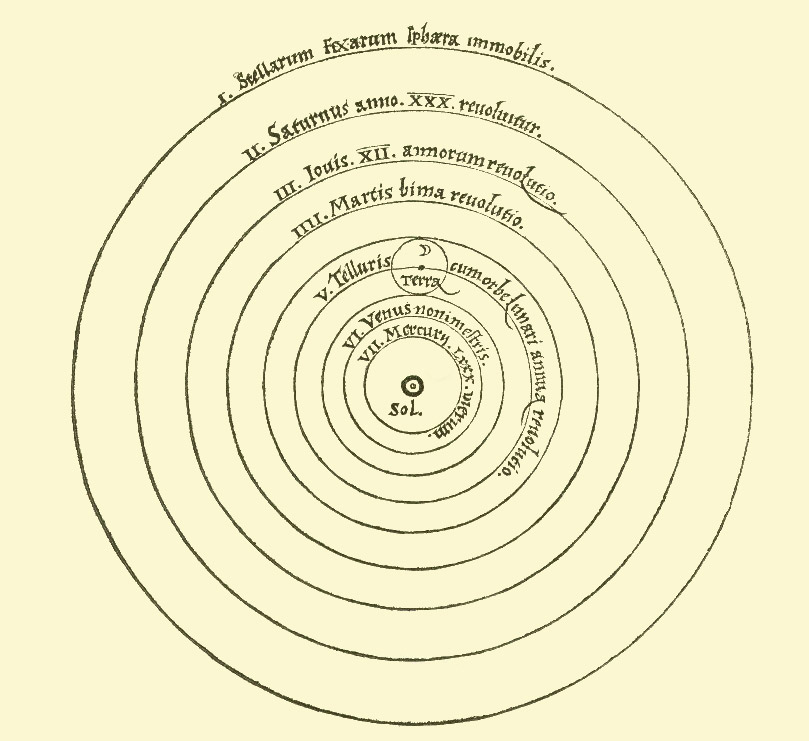 Nicolaus Copernicus was a Polish astronomer (born Mikolaj Kopernik) who was the first in Renaissance Europe to advance the heliocentric theory, namely, that Earth and other planets revolve around the Sun.

The son of a wealthy merchant, Copernicus was born at Torun and educated at Cracow University and at various Italian universities where he studied medicine and law. On his return to Poland in 1506 he served as physician and secretary to his uncle Lucas, Bishop of Ermland. On his uncle's death in 1512, Copernicus took up the post of canon of Frauenburg Cathedral to which he had been appointed in 1499. By this time he had already abandoned the Ptolemaic system and had begun to formulate the revolutionary system with which his name has been associated. The new system was first described in his Commentariolus, a brief tract completed sometime before 1514 and circulated in manuscript form to interested scholars. Thereafter he worked out the details of the new system in his De revolutionibus orbium coelestium (On the Revolution of the Celestial Sphere). Although it was complete in manuscript by 1530 Copernicus seemed, for reasons that are unclear, reluctant to publish it. In fact, it was not until Rheticus arrived in Frauenburg in 1539 and intervened that Copernicus reluctantly allowed its publication. The work finally appeared in 1543 just in time, according to popular legend, for it to be shown to Copernicus on his deathbed.

The Copernican System is a heliocentric model of the Solar System introduced by Copernicus in the first half of the 16th century; despite causing little stir at the time, it laid the foundation for the revolution in astronomy that was realized through the work of Johannes Kepler and Galileo, but which is nevertheless referred to as the Copernican revolution.

Although modern in its reversal of roles for the Sun and Earth, the Copernican system owed much to the geocentric Ptolemaic system that it opposed. It still involved epicycles and circular orbits, and incorporated ideas from variations to the Ptolemaic model proposed by Arab astronomers. Its importance lay not in its improved accuracy – Kepler's elliptical orbits would be needed for that – but in its challenge to the orthodox view that Earth was at the center of the universe. A much earlier heliocentric scheme had been proposed by Aristarchus of Samos in the 3rd century BC, a fact known to Copernicus but long ignored by others prior to him.

The Copernican revolution is the dramatic and far-reaching change from a geocentric to a heliocentric worldview prompted by the work of Nicolaus Copernicus (Fig 2 and 3). It enabled the true status of the Earth, as an ordinary planet, to be realized and marked the beginning of the end for the belief that there was a fundamental division between the nature of things terrestrial and extraterrestrial. As Bishop John Wilkins noted,1 classical philosophers had asked:

[O]f what kind of matter that should be, of which the heavens are framed, whether or no of any fifth substance distinct from the four elements, as Aristotle holds, and with him some of the late Schoolmen, whose subtill brains could not be content to attribute to those vast glorius bodies, but common materials, and therefore they themselves had rather take pains to prefer them some extraordinary nature ...

But in the wake of Copernicus, wrote Wilkins, it was apparent:

... that the heavens do not consist of any such pure matter which can privilege them from the like change and corruption as these inferior bodies are liable unto.

This breakdown of the Aristotelian dichotomy between terrestrial space and the region beyond also saw the demise of the medieval belief in the physicality of demons and other such semi-material extraterrestrials. The way was now open to the idea that there might be other worlds like Earth, and other creatures on those worlds that might resemble ourselves. As demons and their ilk retreated to the realm of the purely spiritual, so post-Copernican intellectuals began to ponder the possibility of alien life-forms made of flesh and blood.

At first, the new heliocentric scheme was resisted but not, as Lovejoy has pointed out,2 because it demoted the Earth:

It has often been pointed out that the older picture of the world in space was peculiarly fitted to give man a high sense of his own importance and dignity ... Man occupied, we are told, the central place in the universe, and round the planet of his habitation all the vast, unpeopled spheres obsequiously revolved. But the actual tendency of the geocentric system was, for the medieval mind, precisely the opposite. For the center of the world was not a position of honor; it was rather the place furthest removed from the Empyrean, the bottom of creation ... the geocentric cosmography served rather for man's humiliation than for his exaltation ... Copernicanism was opposed partly on the ground that it assigned too dignified and lofty a position to his dwelling place.

Those who were among the first to voice support and provide further evidence for the Copernican system, including Galileo, were not generally inclined to say much about its implications for extraterrestrial life, though Bruno was an early exception. Instead, it was left for others of a more speculative nature, such as Wilkins and Godwin, to begin to people the newfound worlds. Yet when post-Copernican pluralism did take root it was not in response to hard astronomical data (for there was still virtually none of this relevant to astrobiology) but rather to an appeal to teleology and reasoning by analogy. In Lovejoy's words:

The more important features of this new conception of the world, then, owed little to any new hypotheses based upon the sort of observational grounds which we should nowadays call "scientific." They were chiefly derivative from philosophical and theological premises. They were, in short, manifest corollaries of the principle of plenitude ...

The most fundamental tenet of those who advocated the plurality of worlds in the wake of Copernicus was that God (or nature) makes nothing in vain. If there were other planets, they must be inhabited. Otherwise why would they exist?.