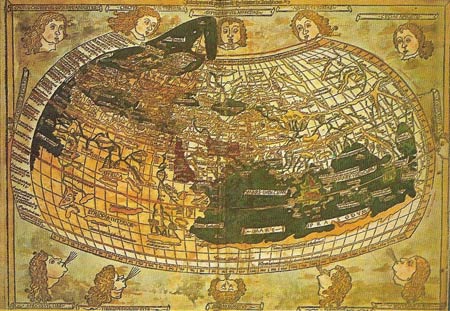 Fig 1. This map of the world, published in 1486, was based on one drawn by Ptolemy in Alexandria some 1,200 years earlier. That map drew on evidence from travellers, especially the Greek explorer Pythias of the 4th century BC. 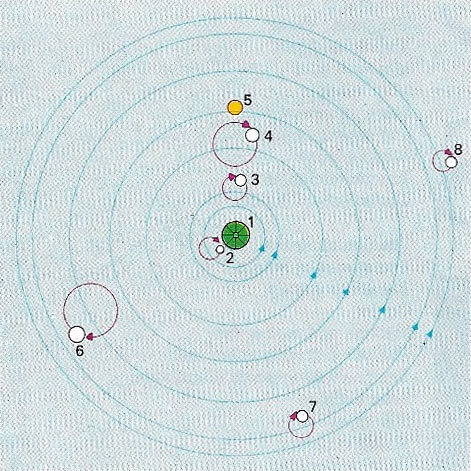 Ptolemy was a Greek astronomer, mathematician, and geographer, also known as Claudius Ptolemaeus, who worked at the great library in Alexandria and based his astronomy on the belief that all heavenly bodies revolve around Earth (see Ptolemaic system). He authored a 13-volume work called Mathematical Syntaxis, better known by its later Arabic name, the Almagest, which is a compendium of the astronomical works of Hipparchus, Aristotle, and others, and represents the most complete description of the Universe as it was then understood.

The Almagest includes a star catalogue containing 48 constellations, using the names we still use today. Although no longer in serious use, the catalogue lists 1,022 stars visible from Alexandria and was used as a standard in the Western and Arab worlds for over a thousand years. An even earlier star catalogue was that of Timocharis of Alexandria, written in about 300 BC. and later used by Hipparchus. Ptolemy's work promulgated a sophisticated version of the Aristotelian, geocentric theory which held sway in the west until the Copernican revolution.

The Ptolemaic system is a theory, developed by Ptolemy about 150 AD, in which a motionless Earth is said to be at the center of the universe with the Sun, Moon, and planets revolving around it in eccentric circles and epicycles (Fig 2). The fixed stars are attached to an outer sphere concentric with Earth. The Ptolemaic system gave the positions of the planets accurately enough for naked-eye observations, although it also made some ridiculous predictions, such as that the distance to the Moon should vary by a factor of two over its orbit. It held sway in Europe, supported by the Church of Rome, until the rise of the Copernican system.

An epicycle is a small orbit within a larger orbit that was used (mistakenly) to describe the movements of celestial objects in the Ptolemaic system. In Ptolemy's model of the Solar System, the Sun, the Moon, or a planet moved in an epicycle, the center of which traveled along a bigger circular orbit, known as the deferent, whose center was offset from Earth. Many layers of epicycles were needed to approximate real orbits with their retrograde motion.

Nicolaus Copernicus also used epicycles in his heliocentric (Sun-centered) representation of the Solar System in the mid 1500s and they were only superceded following Johann Kepler's discovery of the elliptical nature of orbits in the early 1600s.