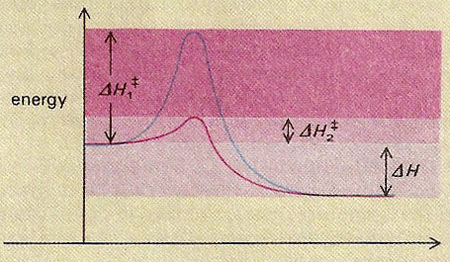 Catalysis is the changing of the rate of a chemical reaction by the addition of a small amount of a substance which is unchanged at the end of the reaction. Such a substance is called a catalyst, though this term is usually reserved for substances which speed up reactions; additives which slow down reactions are called inhibitors.

Autocatalysis is a form of catalysis in which one of the products of a reaction serves as a catalyst for the reaction. Before the emergence of protein-based enzymes, which are the principle biological catalysts today, it is believed that a substance, such as RNA, may have served as both a replicator and an autocatalyzer in the first terrestrial life-forms.