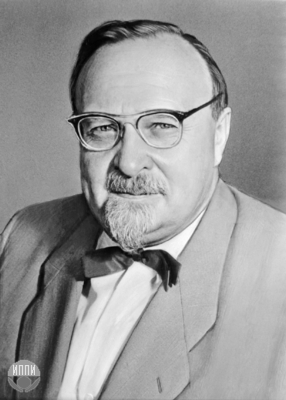 Aleksandr Oparin was a Russian biochemist who, in 1924, wrote a pamphlet on the origin of life (based on ideas presented at the Russian Botanical Society in 1922) and provided what J. D. Bernal called "the first and principal modern appreciation of the problem" (see life, origin of). His writings only reached the West, however, in the late 1930s.1

Although Oparin began by reviewing the various panspermia theories, he was primarily interested in how life initially began. He asserted:

There is no fundamental difference between a living organism and lifeless matter. The complex combination of manifestations and properties so characteristic of life must have arisen in the process of the evolution of matter.

But what was that process? Taking into account the recent discovery of methane in the atmospheres of Jupiter and the other giant planets, Oparin postulated that the infant Earth had possessed a strongly reducing atmosphere, containing methane, ammonia, hydrogen, and water vapor. In his opinion, these were the raw materials for the evolution of life:

At first there were the simple solutions of organic substances, the behavior of which was governed by the properties of their component atoms and the arrangement of those atoms in the molecular structure. But gradually, as the result of growth and increased complexity of the molecules, new properties have come into being and a new colloidal-chemical order was imposed on the more simple organic chemical relations. These newer properties were determined by the spatial arrangement and mutual relationship of the molecules... In this process biological orderliness already comes into prominence. Competition, speed of growth, struggle for existence and, finally, natural selection determined such a form of material organization which is characteristic of living things of the present time.

Oparin outlined a way in which basic organic chemicals might form into microscopic localized systems – possible precursors of cells – from which primitive living things could develop. He cited the work done by de Jong on coacervates and other experimental studies, including his own, into organic chemicals which, in solution, may spontaneously form droplets and layers. Oparin suggested that different types of coacervates might have formed in the Earth's primordial ocean and, subsequently, been subject to a selection process leading eventually to life.