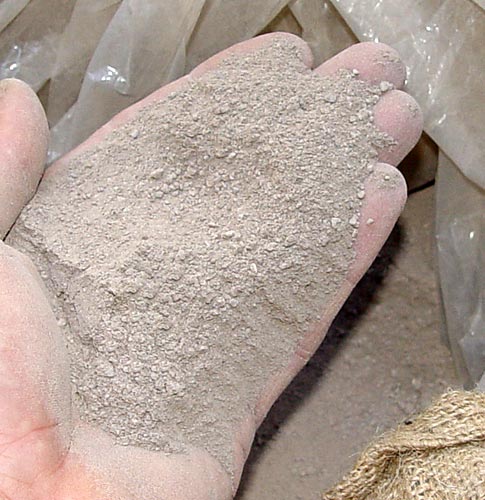 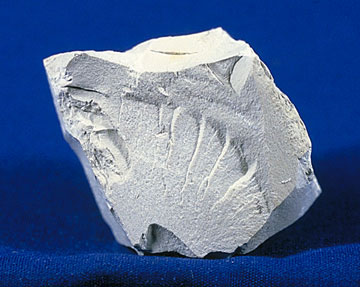 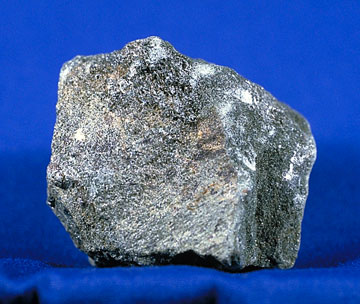 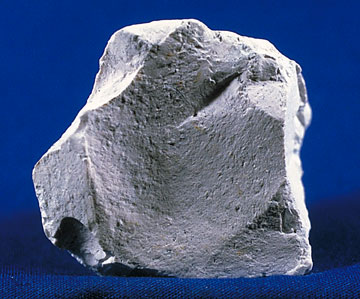 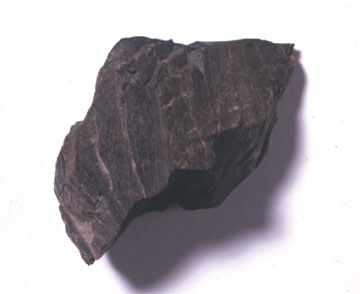 Clay is any soil material with a particle size of less than 2–4 micrometers in diameter, i.e., finer-grained than silt or sand; an earthy particulate which becomes plastic when wet, including mud (which is used in oil drilling). Clays are used as catalysts in petroleum refining, for making molds for casting and, when molded and fired, for ceramics, porcelain, and pottery, bricks and tiles. They are also used in making cement and rubber, and as ion-exchange agents for softening hard water.

Fire clay (Fig 2) is a type of clay which, being refractory (melting point above 1,500°C), is used to make firebrick. It has a high content of aluminum oxide and silica, approaching kaolin in composition; better grades contain at least 35% (Al2O3) when fired.

J. B. S. Haldane and, more recently, Graham Cairns-Smith, have been among those to promote the idea that clay minerals may have played a vital role in the manufacture of large prebiotic molecules – their lattice structures acting as templates for the organization of organic matter into polymers.

Bentonite is a fine-grained clay formed from volcanic ash by the hydration (formation of hydrates or absorption of water) of, and loss of bases and perhaps silica from, tiny particle of volcanic glass present in the ash. Sodium bentonites, which expand considerably when saturated with water, are used diversely, as in the making of paper, and sealing of dams. Calcium bentonites are used in the making of fuller's earth.

Chlorite is a group of green clay minerals, related to the micas, and consisting of alternate single layers of biotite, containing ferrous ion (Fe2+), and brucite [(Mg,Al)6(OH)12]. Chlorites are widespread alteration products. Hardness 2–3; relative density 2.6–3.3 depending on iron content (Fig 3).

Kaolinite is the prototypical member of the kaolinite group of clay minerals (Fig 4). It consists of hexagonal flakes of composition Si4Al4O10(OH)8. It is formed by alteration of other clays or of feldspar and has triclinic system tabular crystals, clay-like masses, and particles. It is white with a dull luster and may be tinted by impurities. Hardness 2–2.5; relative density 2.6.

From kaolinite is made kaolin, or china clay, which is used for filling and coating paper, filling rubber and paints, and for making pottery and porcelain. Kaolin may also be used in the form of an oral suspension to treat chronic diarrhea, and in dusting powders and poultices.

Shale is a common sedimentary rock produced from clay, which has a fine-grained structure in well-defined narrow strata, 0.1–0.4 mm (0.004–0.016 in) thick, each representing a period of deposition (Fig 5). Shales are rich in fossils, and may contain carbonaceous matter and oil. Their metamorphism produces slate.