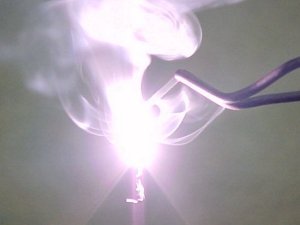 Fig 1. Magnesium is one of the reactive s-elements. It burns with an intense white flame, which made it useful in early 'flash' photography. 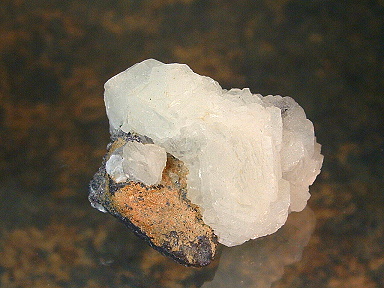 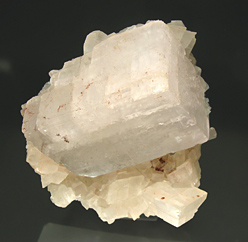 Magnesium (Mg) is a light, silvery-white, moderately hard, metallic element which in ribbon or powder form burns with a brilliant white flame. Magnesium is the second lightest member of the alkaline earth metals (after beryllium). It can be combined with aluminum to give a structural alloy, and is also used in pyrotechnics. It was formerly used to make flash bulbs in photography. The most common isotope is 24Mg (78.7%).

Earth's oceans contain an estimated trillion trillions tons of magnesium, and this is the source of much of the 300,000 tons produced annually.

Magnesium was recognized as an element by Joseph Black of Edinburgh in 1775 and first isolated as a metal by Humphry Davy in 1808. It is named after Magnesia, a district of Thessaly in Greece, where it was first found.

The most important sources of magnesium are seawater and dolomite rock, a mixture of calcium and magnesium carbonates. It also occurs naturally as the minerals brucite and magnesite. Magnesium is generally obtained by the electrolysis of magnesium halides. In the production of magnesium from seawater the magnesium is precipitated as the hydroxide and converted to the chloride by reaction with hydrochloric acid. The magnesium chloride is recovered by evaporation of the solution, and magnesium metal is obtained by electrolysis of the molten salt. Magnesium isalso manufactured by the silicothermic process, in which mixed oxides, formed by the calcination of dolomite, are reduced at high temperature with ferrosilicon, forming magnesium crystals.

Brucite is a mineral form of magnesium hydroxide (Mg3(OH)6), derived from periclase. The crystals are either glassy or waxy, can be white, pale green, gray, or blue, and occur in fibrous masses or plate aggregates (Fig 2). Brucite is found in serpentine, schists, and other metamorphic rocks. It is used to make magnesia refractory materials.

Magnesite is a carbonate mineral, magnesium carbonate (MgCO3). It is an alteration product of calcite or dolomite in sedimentary rocks and is found in microcrystalline masses and hexagonal crystals like Iceland spar (Fig 3). Magnesite is white, with a glassy to dull texture. Hardness 3.5–5, relative density 3.1. Magnesite is used mainly for lining furnaces, since it decomposes to give magnesium oxide on heating.

Magnesium is an essential element for all terrestrial life. Humans take in approximately 250-350 mg each day (about 4 oz a year), and we each have about 25 g (just under an ounce) in our bodies, much of it in the bones and teeth. It is needed for the proper functioning of muscle and nervous tissue, and is required as a cofactor for approximately 90 enzymes. Chlorophyll, the compound responsible for the green color of leaves and for photosynthesis, is a coordination compound containing magnesium.

Dietary sources of magnesium include cereals (especially whole-grain), nuts, soya beans, milk, fish, and meat. Deficiency usually occurs as a result of severe kidney disease, alcohol dependence, an intestinal disorder that impairs the absorption of magnesium and calcium, or prolonged treatment with diuretic drugs or digitalis drugs. Symptoms of deficiency include anxiety, restlessness, tremors, palpitations, and depression. There may also be an increased risk of kidney stones.

Magnesium hydroxide (Mg(OH)2) occurs naturally as colorless hexagonal plates of brucite. It is formed as a gelatinous precipitate when an alkali is added to magnesium salts. It is a base and loses water when heated to 350°C. Magnesium hydroxide is used as an osmotic laxative to treat constipation, and is also combined with aluminum hydroxide in antacid preparations.

Magnesium oxide (MgO), or magnesia, is a white crystalline solid and also a base. Being highly refractory, it is used in furnace linings. When mixed with magnesium chloride solution, magnesia forms a durable cement used as a stucco finish on buildings.

Magnesium sulfate (MgSO4), or Epsom salts, is a colorless crystalline solid. It is used in the form of mixtures or powders as an osmotic laxative for rapid evacuation of the bowel. It is also administered intravenously to treat magnesium deficiency and serious arrhythmias and to prevent the recurrence of convulsions in eclampsia.