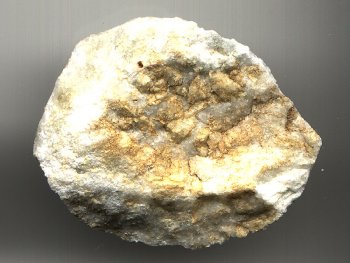 A carbonate is a salt or ester of carbonic acid, H2CO3, containing the carbonate ion [CO3] 2-. A solution of carbon dioxide in water reacts with a base to form a carbonate.

The bicarbonates (hydrogen carbonates) contain the [HCO3] - ion and important salts include NaHCO3 and Ca(HCO3)2. Bicarbonates are formed by the action of carbon dioxide on carbonates in aqueous solution; this reaction is reversed on heating. Dissolved calcium and magnesium bicarbonates give rise to hard water.

Dolomite is a carbonate mineral consisting of a mixed calcium-magnesium carbonate, CaCO3.MgCO3, crystallizing in the rhombohedral system (Fig 1). It is usually white or colorless. The term is also used to denote a rock with a high ratio of magnesium to calcium carbonate. Dolomite is often found associated with limestone or marble and in magnesium-rich metamorphic rocks. Dolomitic limestone is a rock in which the limestone has been partially replaced by dolomite.

Dolomite is used as an ornamental and building stone, and is a source of magnesium. Hardness 3.5–4, relative density 2.8.