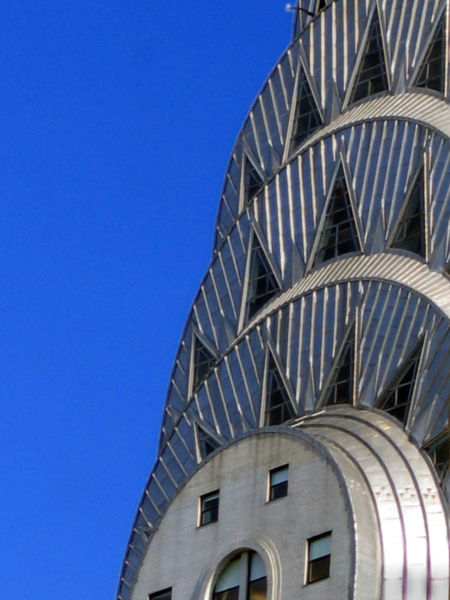 Fig 1. The entire crown of the Chrysler Building in New York is clad with Enduro KA-2 metal, a stainless steel alloy developed in Germany. 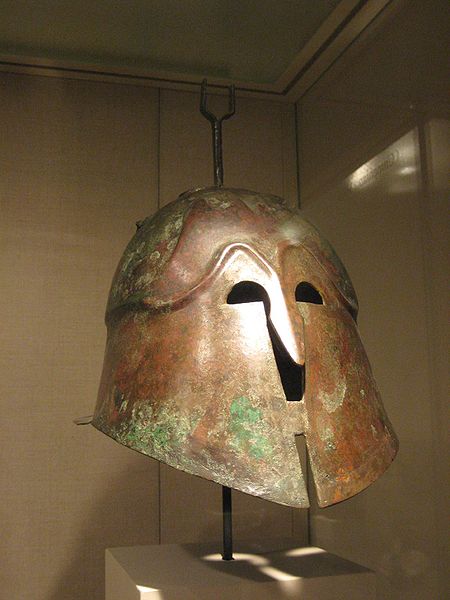 Fig 3. Egyptian cat, thought to have been sculpted and cast in bronze at least 4,000 years ago. 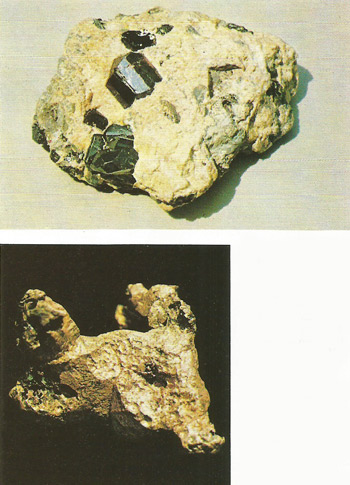 Fig 4. Bronze alloys are made primarily from two metals, tin and copper. In the metallurgy of the Bronze Age bronzes could have been made – and probably were – in a number of ways. Tin occurs mainly in nature as an oxide called cassiterite (top), which is often found in rivers or lakes as an alluvium deposit. Copper also occurs as many kinds of ores, as well as the 'ready-to-use' native metal (bottom). In some regions, a Copper Age preceded the Bronze Age.

An alloy is a combination of a metal with one or more other metals or non-metals, such as carbon or phosphorus. An alloy may be a compound of the metals, a solid solution of them, a heterogeneous mixture, or any combination of these. The resultant physical properties differ from those of the components. Alloys are general harder and stronger, and have lower melting points, than their constituent elements. Combinations with the lowest melting point are called eutectic mixtures. In the table of alloys below, 26 elements are involved.

Alloys are useful because their properties can be adjusted as desired by varying the proportions of the constituents. Very few metals are used today in a pure state. Alloys are formed by mixing their molten components. The structures of alloys consisting mainly of one component may be substitutional or interstitial, depending on the relative sizes of the atoms. The study of alloy structures in general is complex.

The commonest alloys are the different forms of steel, which all contain a large proportion of iron and small amounts of carbon and other elements. Brass and bronze, two well-known and ancient metals, are alloys of copper, while pewter is an alloy of tin and lead. The very light but strong alloys used in aircraft construction are frequently alloys of aluminum and magnesium. Solders contain tin with lead and bismuth; type metal is an alloy of lead, tin, and some antimony. Among familiar alloys are those used in coins: modern "silver" coinage in most countries is an alloy of nickel and copper. Special alloys are used for such purposes as die-casting, dentistry, high-temperature applications, and for making thermocouples, magnets, and low-expansion materials.

An amalgam is an alloy of mercury with other metals. Most metals except iron and platinum will form amalgams; those with high mercury content are liquids, but most are solid. Amalgams of some noble metals occur naturally: silver and gold are extracted from their ores by forming amalgams. Dental amalgam, containing silver, copper, zinc, and tin, is used to fill teeth. Various amalgams may be used as electrodes.

Babbitt metal, also called bearing metal or simply Babbitt (and often spelled with a lowercase "b"), is an anti-friction alloy containing about 89% tin, 9% antimony, and 2% copper devised in 1839 by the American inventor Isaac Babbitt (1799–1862) for lining the bearings of steam engines. Various formulations have been devised but in most the microscopic structure consists of relatively hard crystals embedded in a soft matrix. Today the term Babbitt metal is applied to a variety of high-tin and high-lead bearing alloys.

Brass is a yellowish or reddish, malleable and ductile alloy of copper (55–95%) and zinc (5–45%), known since Roman times and widely used in industry and for ornament and decoration. Up to 36% zinc forms α-brass, which can be worked cold; with more zinc a mixture of α and β-brass is formed, which is less ductile but stronger. Brasses containing more than 45% zinc (white brasses) are unworkable and have few uses. Some brasses also contain other metals: lead to improve machinability, aluminum or tin for greater corrosion-resistance, and nickel, manganese, or iron for greater strength.

Britannia metal is an alloy consisting of 5–10% antimony, about 1% copper, and the remainder tin. It resembles pewter, is lustrous, hard, and malleable, and is used as a base for electroplated silverware (see electroplating).

Bronze is thought to have been the first metal alloy ever made, although it was probably produced originally by the accidental smelting of mixed ores of copper and tin. It is an alloy of copper and no more than 30% tin, known since the 4th millennium BC, and used then for tools and weapons, now for machine parts and marine hardware. Statues are often cast in bronze. It is a hard, strong alloy with good corrosion-resistance (the patina formed in air is protective). (Fig 2–4)

Various other components are added to bronze to improve hardness or machinability, such as aluminum, iron, lead, zinc, and phosphorus. Aluminum bronzes, and some others, contain no tin.

Electrum is a pale yellow alloy of gold with up to 40% silver, occurring naturally as gold ore, and used for ornament. The term has been used for amber.

Gun metal is a type of wear-resistant bronze, normally 88% copper, 10% tin, and 2% zinc. Formerly used to make heavy field and naval guns, it is now used for gears, bearings, and steam fittings, being wear- and corrosion-resistant.

Misch metal is an alloy composed of 50% cerium, 25% lanthanum, 15% neodymium, 10% other rare earths, and iron. It is used to make 'flints' for cigarette lighters and as a deoxidizer for vacuum tubes.

Monel metal is a strong, corrosion-resistant alloy composed of 68% nickel, 29% copper, and 3% iron, manganese, silicon, and carbon. It is used for turbine blades, propellers, etc. Originally, monel metal was made by smelting nickel/copper ore from Sudbury, Ontario.

Nickel silver, also called German silver, is an alloy of copper, nickel, and zinc. Nickel silver is hard and does not tarnish easily. It resembles silver, and is used for cheap jewelry, cutlery, etc., and as the base for silver-plated ware (E.P.N.S., electroplated nickel silver).

Permalloy is an alloy of iron and nickel, often with 5% molybdenum. It has a very high magnetic permeability and is used in transformers.

Pewter is a class of silver-colored, soft alloys consisting chiefly of tin, now hardened with copper and antimony, and usually containing lead. Roman pewter was high in lead and darkened with age. Pewter has been used for bowls, drinking vessels, and candlesticks.

The most common form has about four parts of tin to one of lead, combined with small amounts of antimony and copper. Some food and drink can become contaminated with poisonous lead from pewter utensils, so other alloys have replaced pewter for such items.

Pinchbeck is an alloy of copper and zinc but with much less zinc than is contained in brass. Invented by the London watchmaker Christopher Pinchbeck (c. 1670–1732), it is used to simulate gold.

Speculum is a brittle white alloy of two parts copper to one part tin that takes a very high polish and was used for telescope mirrors until the late nineteenth century. The manufacture of speculum mirrors reached its apex with William Parsons, third Earl of Rosse, who managed to produce several 36-in (91-cm) Newtonians and later, in 1845, a colossus 72 in (1.8 m) in diameter. However, speculum, which is difficult to work with and quick to tarnish (forcing a repolishing of the optical surface itself) was made obsolete in astronomy with the development of silvering and aluminizing.

Type metal is any of various alloys of lead, antimony, and tin, easily cast to make printing type. Owing to the presence of antimony, type metal expands on solidifying and thus gives a sharp cast. Type metal contains 2.5–25% lead and 2.5–25% antimony; both tin and antimony lower the melting point, which is usually between 240° and 250°C (460–475°F).

So-called superalloys are alloys of cobalt and nickel used as surface materials for spacecraft to withstand the rapid heating and high temperatures caused by the passage through the Earth's atmosphere particularly on re-entry from space. These alloys oxidize in air above 700 °C (1,300 °F) but the oxide coating initially formed prevents further oxidation.