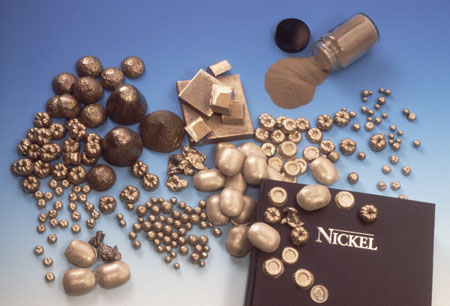 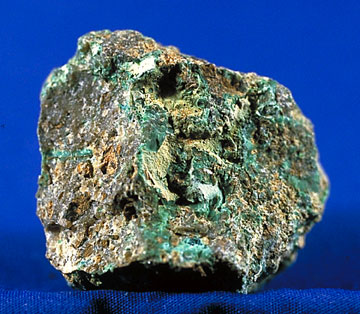 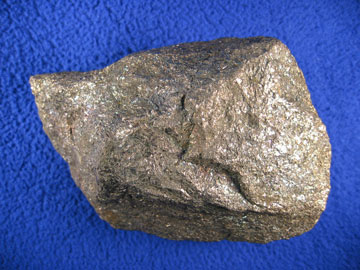 Fig 4. Nickel is a non-corrodable metal used with small amounts of alloying metals in vacuum tubes such as this output valve and in cathode ray tubes. But in most of its metallurgical uses it is alloyed – for example forming a constituent of steels for high strength and low corrosion, notably with chromium in stainless steel. Nickel also has many chemical applications.

Nickel (Ni) is a silvery, hard, ductile, ferromagnetic, metallic element which resembles iron in its strength and toughness (Fig 1). It occurs in group VIII of the periodic table and is a transition element.

Nickel makes up 0.008 percent of the Earth's crust. When the Earth's core, which is composed primarily of iron and nickel is included, nickel ranks as the fifth most common element on our planet after iron, oxygen, silicon and magnesium. About half the total world output comes from deposits of pyrrhotite and pentlandite (nickel-iron sulfide) in Sudbury, Ontario; garnierite in New Caledonia is also important. Roasting the ore gives crude nickel oxide, refined by electrolysis or by the Mond process.

Chemically, nickel resembles iron and cobalt, being moderately reactive, and forming compounds in the +2 oxidation state; the +4 state is known in ligand complexes. Nickel dissolves in strong acids to form salts. It is used in alloys, in corrosion-resistant surfaces, coinage, batteries, and for electroplating. The most common isotope is 58Ni (67.8%).

Pure nickel was first obtained by the Swedish chemist Axel Cronstedt in 1751. The alloy of nickel and iron had, however, been used from early times, since the iron meteorites which fall to earth from space contain 5 to 15% of nickel.

In the Middle Ages copper miners sometimes mistook nickel ore for copper ore, and called it Kupfernickel, "the Devil's copper," from which we get its name.

Garnierite is an ore of nickel (Fig 2). It is a lustrous green serpentine, also containing magnesium and silicon. Garnierite occurs in ultrabasic rocks as a decomposition product of olivine.

Pentlandite is a bronze sulfide mineral with a metallic luster, of composition (Fe,Ni)9S8; the chief ore of nickel (Fig 3). Usually found with pyrrhotite, its major occurrence is at Sudbury, Ontario.

Pyrrhotite is a magnetic mineral form of iron sulfide (FeS) that may also contain nickel, for which it is then mined.

Nickel, in the form of a very fine powder called Raney nickel, is of great importance in chemistry. Developed by Murray Raney in the 1920s, it is 90% nickel and 10% aluminum. This substance acts as a catalyst in many processes which involve the combination of hydrogen with other substances. Thus the formation of ammonia from hydrogen and nitrogen unless finely divided nickel is present.

As much as 70% of nickel goes to make stainless or other steel alloys, some of which have exceptional properties. For example, Invar is an alloy of 36% nickel with iron and has a uniquely low coefficient of expansion. That is, it barely changes its size when heated or cooled. It is used for the balance wheel of watches, the pendulum of clocks, and the valves of motors. Nichrome is an alloy of nickel and chromium which has a great resistance to heat. It is used for the wire which makes up the heating elements of electric fires.

Nickel is present in the body in minute amounts, though its exact role is poorly understood. It is thought to activate certain enzymes and may also play a part in stabilizing chromosomal material in the nuclei of cells.

Exposure to nickel may cause dermatitis (inflammation of the skin). Lung cancer has been reported in workers in nickel refineries.