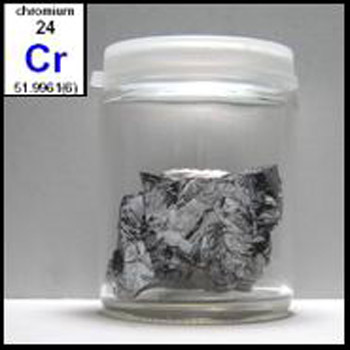 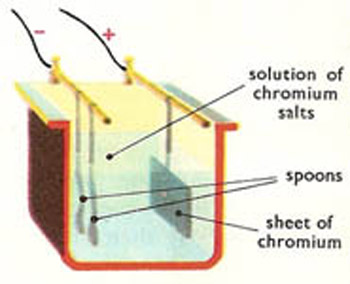 Fig 2. Spoons are chromium-plated by being immersed in a bath of chromium salts through which an electric current flows. 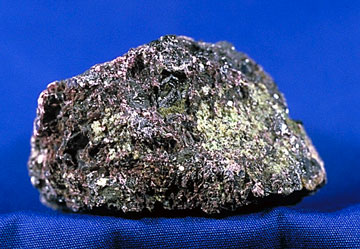 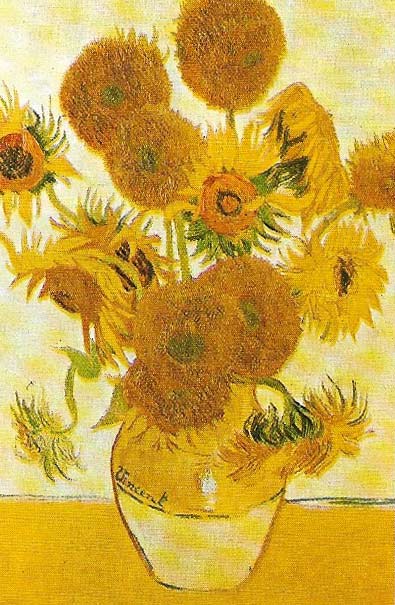 Fig 4. A compound exhibits a specific color when it absorbs white light – a mixture of all colors – by selectively reflecting a few wavelengths. Many salts of transition metals, such as iron and nickel, are colored. The exact color depends on which other atoms are associated with the metal. Thus chromium compounds have for centuries been used to provide painters with yellow pigments. Vincent van Gogh's 'Sunflowers', shown here, is a good example of their use.

Chromium (Cr) is a gray-white, metallic element in group VIB of the periodic table. It also a transition element. Chromium's only commercially important ore is chromite, a mixed oxide of iron and chromium, FeO.Cr2O3. This is reduced to a ferrochromium alloy by carbon or silicon; pure chromium is obtained by reducing chromium (III) oxide with aluminum. Although normally dull gray, chromium will take a high polish and is used extensively as an electroplated coating (Fig 2). It is also used as an ingredient of many hard and corrosion-resistant alloys. A typical stainless steel may contain 18% chromium and 8% nickel.

Chromium compounds are used as pigments in paints and by the leather industry for the chrome tanning of hides. The textile dyeing industry uses chromium as mordants, or fixatives, to improve the brilliance and fastness of certain dyestuffs.

Chromium forms two series of salts, called chromium (I), or chromous, and chromium (II), or chromic. It also forms chromates (VI), containing the ion CrO42-. Its most common isotope is 52Cr.

Chromium, which is not found free in nature, was first obtained in 1798 by the French chemist Louis-Nicholas Vauquelin by heating (and thereby reducing) the ore crocite (PbCrO4, lead chromate). Shortly after Vauquelin's discovery, a German chemist named Tassaert discovered chromium in the ore chromite.

The name 'chromium' comes from the Greek chroma meaning 'color', in reference to the fact that chromium results in the distinctive coloration of a variety of materials. For example, the green color of emerald is caused by the presence of very small amounts of chromium in the crystal.

Chromite is a hard black spinel mineral, an iron (II) chromium (III) mixed oxide (FeO.Cr2O3); it is the only important ore of chromium (Fig 3). Chromite separates from magma when igneous rocks first form, occurring as octahedral crystals and as granular masses. It is weakly magnetic and opaque. The vast majority of the world's chromite is found in South Africa and Zimbabwe. Hardness 5.5, relative density 4.6.