Fig 1. Light of specific wavelengths is emitted by an element such as hydrogen when it is 'excited' by passing an arc discharge through it. If light of these wavelengths is passed through the vapor of the same element, it is absorbed to form an absorption spectrum. In the 1800s men wondered why elements should have such discrete spectra, and why the spectral lines could by divided into four classes, called sharp, principal, diffuse and fundamental. Only when modern atomic theory was developed was an explanation found. 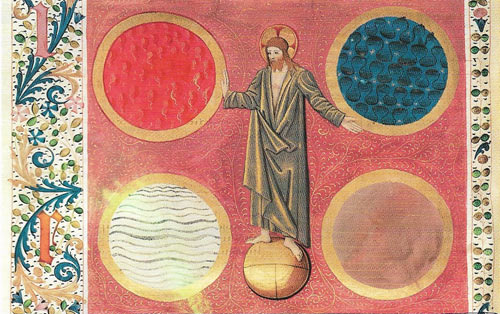 Fig 2. A 15th-century illustration of Christ surrounded by the four elements.

An element is a substance consisting entirely of atoms of the same variety. There are 92 naturally occurring elements, the most cosmically abundant of which are the two lightest, hydrogen and helium (see elements, cosmic abundance). More than 30 additional elements, heavier than uranium, have been created briefly in the laboratory.

Apart from the primordial hydrogen and helium (plus some lithium) manufactured in the Big Bang, most elements are manufactured in the interior of stars (see nucleosynthesis) before being returned to the interstellar medium by mass loss from red giants and other phenomena such as supernovae. Subsequent generations of stars and their planets form from this heavy element enriched material. It is a remarkable and sobering thought that most of the atoms of which we and our world are composed were forged in the multi-million degree interior of long-dead suns.

In his poem "On Nature" (c. 450 BC), Greek philosopher and poet Empedocles called upon a set of gods to represent the elements of his own cosmology. The notion that everything in existence is composed of earth, air, fire, and water, or a combination of these four elements, was borrowed from the ancient Babylonian creation myth, Enuma Elish (c. 1800 BC), in which the universe emerges from conflicts between gods, each of whom represent some element or force of nature (fig 2).

Empedocles was seeking what is now often referred to as a "unified field theory", a theory capable of providing the groundwork for the explanation of any given natural phenomenon. The strategy he inherited from his intellectual predecessors, such as Thales and Anaximenes ( who were themselves influenced by the Babylonian myth), was to attempt to identify the most basic ingredient, or ingredients, of the universe. In the late 6th century BC, Thales had believed that ingredient to be water. Later, Anaximenes argued that water was too fundamentally different from certain natural phenomena (like fire) for it to be the basic ingredient of the universe. Instead, he proposed that air was the basic ingredient. Empedocles, however, saw no way to explain the vast array of natural phenomena without introducing a total of four basic ingredients: earth, air, fire, and water. These elements were what Empedocles referred to as "the four roots".

Aristotle added a fifth element, aether. Medieval scholars learned of Empedocles's cosmological theory elements via Aristotle, and Empedocles's cosmological theory dominated science until the 17th century. Although forms of atomism emerged as early as the 5th century BC, it was not until the work of Isaac Newton and Robert Boyle gained a hold that the four elements were replaced by the atom (or something pretty close) as the foundation of the universe.


Discovery of the elements

To talk of discovering the elements before the time of John Dalton (1766–1844) involves something of a contradiction, because it was largely through Dalton's work that elements came to be defined. Many substances classed as elements, however, were known in ancient times. The solid metals gold, silver, iron, tin, zinc, copper, and lead, for example, were worth refining by earlier civilizations because of their usefulness or for decoration. Carbon (e.g., in the form of charcoal), sulfur, and the liquid metal mercury were also used in these times, but with no thought that they were among the basic elements from which matter is built. Where they were viewed from a chemical point of view at all, they were considered only as mere examples of the vast number of substances which the alchemists could use in their experiments. True, gold had a special significance, and much of the work of these early scientists was concerned with futile attempts to obtain it from cheaper basic metals. But there was no real conception as to how it fitted into the general scheme, because the scheme itself was not even remotely understood.

The first of the elements to be discovered after ancient times was arsenic. Although the Greeks had known various arsenic compounds, Albertus Magnus in the 13th century was probably the first to state that arsenic contained a metal-like substance. Later writers sometimes thought of it as a "bastard" or semi-metal and used the name Arsenicum Rex. In 1604 the works of a supposed Benedictine monk named Basil Valentine appeared, describing the element antimony. Valentine was said to have written about 1470, but the work was "edited" by Tholde, a salt manufacturer from Halle, and it's now clear that Valentine was not a real person. The works attributed to him also mention bismuth. In 1556, half a century before the works attributed to Valentine were published, however, Georg Agricola, a German doctor, also described it in his book on metals.

The increased activity in chemistry from the 18th century onwards produced, as might be expected, rapid progress in the discovery of new substances. Some explanation of the lack of progress before that time may lie in the enormous influence of the Greek philosopher Aristotle. For well over a thousand years Aristotle's erroneous belief in the presence of four "elements" (earth, air, fore, and water) had bedeviled the progress of chemistry. While in many fields of knowledge the philosopher made important contributions, his influence in chemistry, largely unquestioned proved a serious handicap to the advancement of the science.

Phosphorus was the next element to be discovered, by the German scientist Hennig Brand (1669). Half a century later Georg Brandt, a Swede, discovered cobalt. This heralded the Golden Age of the discovery of elements. In the same year (1735) as Brandt's success platinum was discovered by Ulloa. Over the next fifty years no less than ten elements had been put on the map: nickel (Axel Cronstedt), hydrogen (Cavendish), fluorine (Scheele), nitrogen (Daniel Rutherford), chlorine (Scheele), manganese (Gahn), oxygen (Priestley and Scheele), molybdenum (Hjelm), tellurium (von Reichenstein), and tungsten (d'Elhujar). The story of the discovery of oxygen is interesting, if only to demonstrate the almost haphazard way in which science sometimes progresses. Joseph Priestley, a notable scientist in many fields, succeeded in collecting oxygen by heating red oxide of mercury and showed that a candle burned brightly when exposed to it and that a mouse could breathe in it. So far his observation was correct. When he tried to fit these ideas into the traditional theory of burning, however, he found it rather difficult. According to the then current thought a burning candle was supposed to give out a substance known as phlogiston. Ordinary air, it was said, contained some phlogiston and was able to absorb a certain amount of it; after this it could not support burning. Priestley called his gas "dephlogisticated air" because burning took place so fiercely and lasted longer than in the air, and therefore he believed that to begin with it contained no phlogiston at all. The true facts about oxygen's part in the burning process were put forward a few years later by Lavoisier. At the same time as Priestley was working in England, Karl Scheele was carrying out experiments in Sweden on similar lines. Although he discovered oxygen about the same time, a three-year delay in the publication of his work caused Priestley to get most of the credit. In fact the situation is even more complicated than this. John Mayow, a Fellow of the Royal Society, is said to have obtained much the same results a century earlier, though he is rarely credited for his achievement.

Humphrey Davy, a highly successful worker in many branches of chemistry and physics, also discovered five elements (potassium, sodium, barium, boron, and calcium) between 1807 and 1808. About the same time (1805) John Dalton, working in Manchester, put forward his atomic theory which brought the whole question of elements into focus. Dalton said that the chemical elements are composed of minute indivisible particles (atoms) which preserve their individuality in all chemical changes. He also noted that the atoms of a given element are identical, and are different from those of other elements. Finally Dalton said that chemical combination occurs by the joining of atoms in certain set proportions. The scientist's work gave the first comprehensive description of what elements are and how they behave.

Through the 19th and 20th centuries more and more elements were discovered. A particularly interesting group, the noble gases – which do not combine chemically with others – was discovered early in the 20th century. William Ramsay, a Scottish chemist, helped to discover neon, krypton, xenon, helium, and argon. About the same time, in 1898, Pierre and Marie Curie succeeded in isolating radium and polonium, both intensely radioactive elements, and this opened up research into nuclear physics.

Only 92 of the elements discovered occur naturally in the universe. The rest are artificial, made usually by bombarding other elements with high energy particles. In many cases these new elements do not survive for more than a fraction of second. Elements 93 (plutonium) through 103 (lawrencium) were discovered over two decades beginning in 1940 by physicists Glenn Seaborg and A. Ghiorso and their colleagues. A dozen more transuranic elements have been discovered since.

For more on individual elements, see: