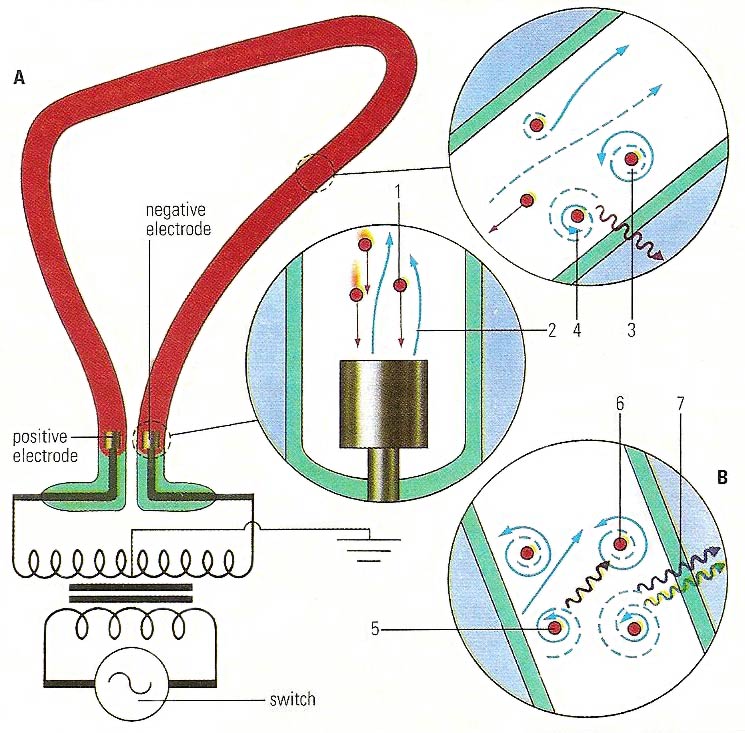 In a neon light (A), positively charged ions (1) strike a negative electrode, causing emission of electrons (2). which "energize" electrons in neon atoms (3). When the energized electrons return to their stable, "ground" state (4), red light is emitted. Similarly, a mercury vapor lamp (B) emits ultraviolet light (5). This may be absorbed by a fluorescent substance (6), which can then release the energy in stages (7). 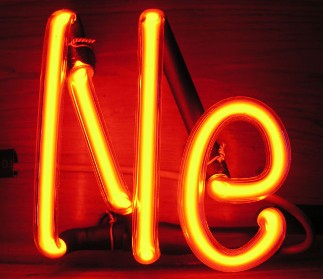 Neon (Ne) is an extremely unreactive gaseous element occurring in the atmosphere to the extent of 18 parts per million. Neon, one of the noble gases, is obtained by the fractional distillation of air. It is colorless but glows reddish-orange in an electric discharge and is used in fluorescent tubes and gas lasers. The most common isotope is 20Ne (90.92%). Neon was discovered in 1898 by Scottish chemist William Ramsay and English chemist Morris W. Travers.