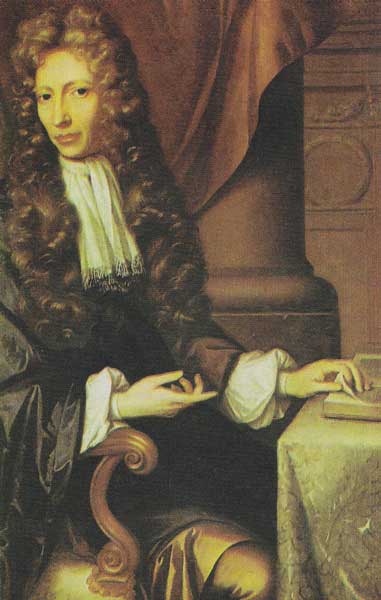 Robert Boyle was an Irish chemist and physicist, sometimes called the father of chemistry, because his precision in defining chemical elements and chemical reactions was a major step in separating the science of chemistry from alchemy. He also supported the idea of atomism, proposing an early atomic theory of matter in his Sceptical Chymist (1661). At his laboratories in Oxford and London, Boyle conducted research into air, metals, combustion and sound. With Robert Hooke, he made an efficient vacuum pump, which he used to establish the principle now known as Boyle's law. He was a founder member of the Royal Society of London.