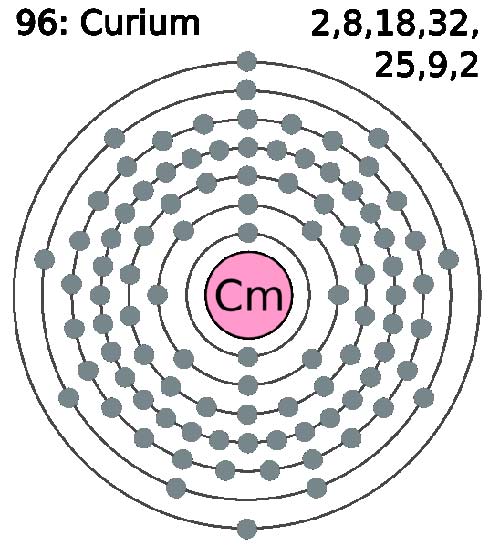 Curium (Cm) is a synthetic, radioactive, metallic element of the actinide series. It was first made in 1944 by Glenn Seaborg and his colleagues by the alpha particle bombardment of plutonium-239 in a cyclotron and is named after Marie and Pierre Curie. It can also be produced by bombarding americium-241 with neutrons. Silvery in color, curium is chemically reactive, intensely radioactive, and is toxic if absorbed by the body. The isotope 244Cm is used is to provide a compact power source for orbiting satellites, the heat of nuclear decay being converted to electricity. Its most stable isotope is 247Cm (half-life 1.6 × 107 years).