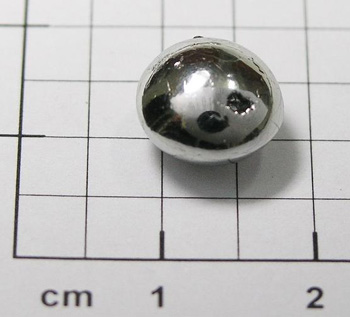 Ruthenium (Ru) is a silvery-white, metallic element belonging to the platinum group of transition elements. Ruthenium was first discovered by Jedrzej A. Sniadecki in Vilno, Poland, in 1808, and then rediscovered By G. W. Osann in Tartu, Russia, in 1828; its name comes from Ruthenia, the Latin name for Russia. It is used as a catalyst in organic chemistry and, like rhodium, to harden platinum and palladium, for making electrical contacts, etc.; it is also used to color glass and ceramics. Ruthenium is highly unreactive and can be found in the free state. Its most common isotope is 102Ru (31.65%).