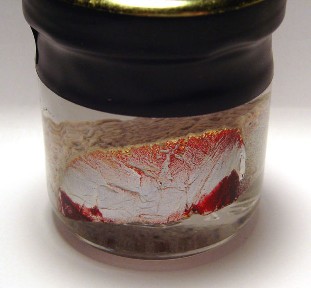 Fig 1. A chunk of potassium metal with peroxides/superoxides (yellow crystals) and ozonide (red coloring) on its surface. 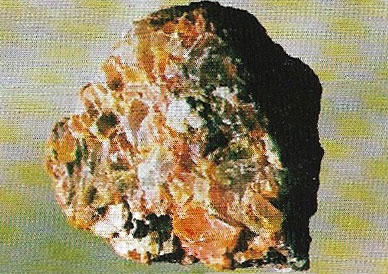 Fig 2. Potash salts are the last precipitates of an evaporating sea. Potash is used mainly as a fertilizer but also in the explosives industry and in various metallurgical processes.

Potassium (K) is a soft, silver-white, light, highly-reactive metallic element, first isolated in 1807 by Humpry Davy (Fig 1). Potassium is one of the alkali metals. It is the seventh most abundant element in rocks on Earth, and is extensively found as sylvite (a chloride), carnalite, and other mixed salts. It is obtained by electrolysis of its common hydroxide and found in, or converted to, a wide variety of salts used in fertilizers and soaps. The metal itself is used as a heat-transfer medium in nuclear reactors, but has few other commercial uses.

Potassium is chemically very like sodium, but it even more reactive. It has one natural radioactive isotope, K40, which has a half-life of 1.28 billion years. K40 decays into Ar40, an isotope of argon; the relative amounts of each are used to date ancient rocks in a technique called potassium-argon dating. The most common isotope is K39 (93.1%).

Potassium salts (see below) are essential to plant life (hence their use in fertilizers), and are important in animals for the transmission of impulses through the nervous system (see sodium-potassium pump.

Potassium carbonate (K2CO3) is a hygroscopic, white or colorless, crystalline solid, produced commercially by electrolysis of potassium chloride, followed by treatment of the resulting potassium hydroxide with carbon dioxide. It is an alkali used as a fertilizer, to make glass, soap, and dyes, and in cleaning and electroplating metals.

Potassium chloride (KCl) is a white or colorless crystalline solid, extracted from lake brines and from minerals such as sylvite, kainite, and carnakkite. It is used as a fertilizer and as a raw material in the production of potassium carbonate and potassium hydroxide.

Potassium (VII) manganate (KMnO4), also called potassium permanganate, is a purple, soluble, crystalline solid made from pyrolusite (manganese dioxide) and potassium hydroxide. It is used as an oxidizing agent, disinfectant, dye, and in the preparation of other chemicals. Relative density 2.70; decomposes at 240°C (464°F).

Potassium nitrate, also called saltpeter or niter, is a colorless crystalline solid, soluble in water, which decomposes to give off oxygen when heated to 400°C. It is made from sodium nitrate and potassium chloride by fractional crystallization, and is used in gunpowder, matches, fireworks, some rocket fuels, and as a fertilizer (for its nitrogen content) and food preservative.

Potassium sodium tartrate tetrahydate (Rochelle salt) KNaC4H4O6.4H2O) is a colorless, crystalline compound that can be prepared from baking soda and cream of tartar (crystallized potassium hydrogen bitartrate). It is used in baking powders and as a laxative, and also in electronics for the piezoelectric effect. It is named after La Rochelle, France, where it was first discovered.

Potash is any of several potassium compounds, especially potassium oxide (K2O), potassium carbonate (K2CO3), or potassium hydroxide (KOH). It is used as fertilizer because potassium is an essential element for plant growth.