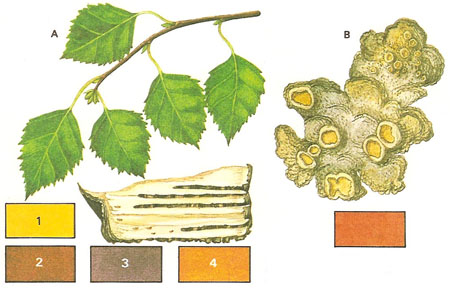 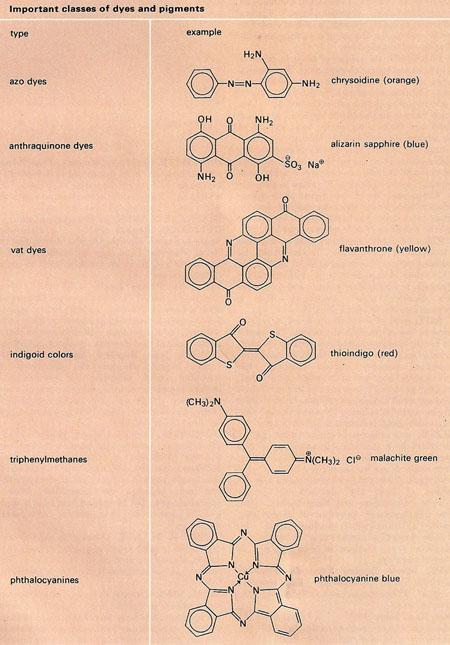 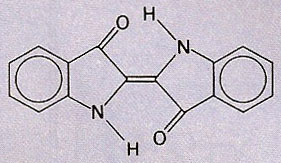 Fig 3. A molecule of indigo. 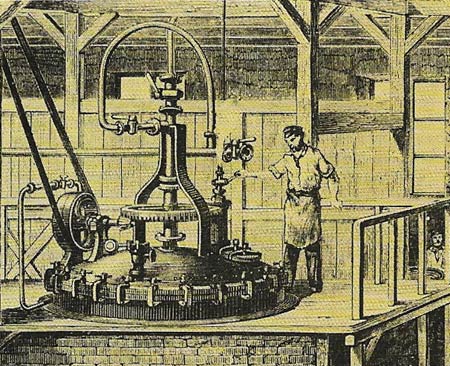 Fig 4. For centuries the principal way of coloring cloth was by vat dyeing – a method still used today. Bolts of bleached or unbleached cloth are 'stewed' in a bath of dye. The invention of synthetic aniine dyes in the 1850s widened the range of color dyes to choose from. This illustration of about 1870 shows equipment for making aniline dyes.

A dye is a colored substance, natural or synthetic, which imparts its color to textiles to which it is applied and for which it has a chemical affinity. Dyes differ from pigments in being used in solution in an aqueous medium. To be satisfactory, the colors must be unaffected by water, soap, and sunlight.

Dyeing was practiced in the Fertile Crescent and in China by 3000 BC, using natural dyes obtained from plants and shellfish (Fig 1).

Dyes can be classified in two ways: by how they are used or by their chemical composition. The main dyers' classes are vat dyes, substantive dyes, mordant dyes, sulfur dyes, and ingrain dyes. Vat dyes (Fig 4), such as indigo, are insoluble in water and have to be converted to a soluble derivative, which is absorbed by the fabric. Once in the fabric the is reconverted to its original form. Substantive dyes impregnate a fabric directly, whereas mordant dyes have to be fixed in the fibers by substances known as mordants, such as alum, which form insoluble complexes withe dye on the fabric. Sulfur dyes are direct dyes for cotton. Ingrain dyes are insoluble azo dyes (organic dyes derived from azo-benzene) produced on the fabric itself; the fabric is treated with a chemical that can react with a diazo salt to form the dye.

Natural dyes were virtually superseded by synthetic dyes – more varied in color and applicability – after the accidental discovery of mauve by William Perkin in 1856. This was quickly followed by the discovery of magenta in 1858 and Perkin's tutor August Hofmann then succeeded in showing that magenta could be converted into violet dyes, a group known as rosanilines.

At about this time an extremely important chemical discovery, the diazo reaction, was observed by a young German chemist, Peter Griess (1829–1888). This enabled azo dyes to be prepared from a wide range of intermediates. The discovery of the ring structure of benzene and other advances in basic chemical understanding meant that the types of molecule responsible for colour could be identified and eventually synthesized. A great commercial industry thus grew up producing synthetic dyes from the organic chemicals found in coal tar.

Since the 19th century the manufacture of both dyes and pigments has been revolutionized by modern techniques. Most are now synthetic compounds derived mainly from organic aromatic obtained from the distillation of coal tar and petroleum. These are modified by introducing chemical groups called chromophores which cause absorption of light (see also color). Other groups, auxochromes, such as amino or hydroxyl, are necessary for substantivity – i.e., affinity for the material to be dyed. This fixing to the fabric fibers is by hydrogen-bonding, adsorption, ionic bonding, or covalent bonding in the case of "reactive dyes." If there is no natural affinity, the dye may be fixed by using a mordant before or with dyeing. Vat dyes are made soluble by reduction in the presence of alkali, and after dyeing the original color is reformed by acidification and oxidation; indigo and anthraquinone (see quinone) are examples. Dyes are also used as biological stains and indicators, and in photography.

Cochineal is a crimson red coloring agent and dye obtained from the pulverized, dried bodies of female scale insects of the species Dactylopius coccus (length: about 3 mm (0.1 in)). These soft-bodied cactus-eating insects are found in Mexico and other parts of Central America. Synthetic aniline dyes have largely replaced cochineal commercially.

Indigo, also called indogitin (C16H10O2N2), is a violet-blue dye obtained from leguminous plants of the genus Indigofera (Fig 3). Indigo is produced by natural acidation of a solution containing pieces of the plants. Cultivation of indigo plants was once carried out on a large scale in India, but cheap synthetic indigo (available since the early 1900s) is now mainly used. Indigo was first synthesized by the German chemist Adolph von Baeyer.

The woad plant sustained the production of blue dye for over 1,000 years. Extracting indigotin from woad produced such a stench that Elizabeth I banned woad mills within five miles of her residences. However, she also protected the industry from the competition of Indian indigo, which was a prohibited import in England until the end of the seventeenth century. In France Henry IV sentenced to death anyone using Indian indigo. The home industry was also protected in Germany and Italy. Despite such protectionism, however, the lower cost and more vivid color of indigo ultimately prevailed and the woad trade began to decline.