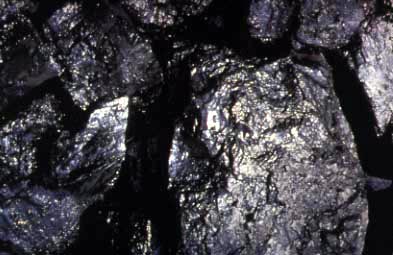 Fig 2. Carboniferous vegetation of the type from which coal formed. 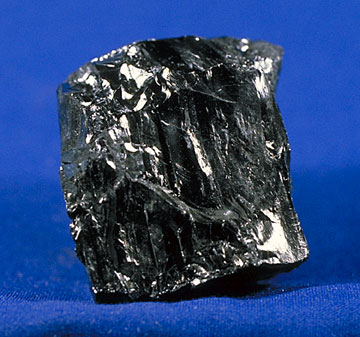 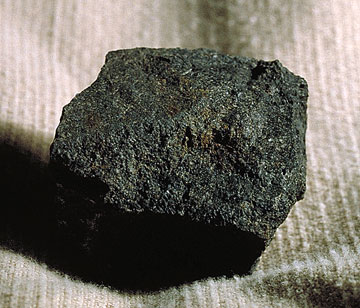 Coal is a hard, black mineral (Fig 1) burned as a fuel. Although widely considered a dirty and antiquated source of energy, which contributes to global warming, it remains, together with its by-products coke and coal tar, vital to many modern industries.

Coal is the compressed remains of tropical and subtropical plants, especially those of the Carboniferous and Permian periods (Fig 2). Geologists estimate that it took about 10 ft of leaves, tree trunks, and other organic matter to produce a one-foot layer of coal. The first stage in the transformation of decaying plant material into coal is the development of peat. Following long intervals of time, peat is transformed into lignite (brown coal) and eventually into bituminous coal.

Changes in the world climatic patterns explain why coal occurs in all continents, even Antarctica. Coal formation began when plant debris accumulated in swamps, partially decomposing and forming peat layers. A rise in sea level or land subsidence buried these layers below marine sediments, whose weight compressed the peat, transforming it under high-temperature conditions to coal; the greater the pressure, the harder the coal.

Coals are analyzed in two main ways: the "ultimate analysis" determines the total percentages of the elements present (carbon, oxygen, sulfur, and nitrogen); and the "proximate analysis" gives an empirical estimate of the amounts of moisture, ash, volatile materials, and fixed carbon. Coals are classified, or ranked, according to their fixed-carbon content, which increases progressively as they are formed. In ascending rank, the main types are lignite, or brown coal, which weathers quickly, may ignite spontaneously, and has a low calorific value; subbituminous coal, mainly used in generating stations; bituminous coal, the commonest type, used in generating stations and the home, and often converted into coke; and anthracite, a lustrous coal which burns slowly and well, and is the preferred domestic fuel.

Coal was burned in Glamorgan, Wales, in the second millennium BC, and was known in China and the Roman Empire around the time of Christ. Coal mining was practiced throughout Europe and known to native Americans by the 13th century BC. The first commercial coal mine in the United States was at Richmond, Virginia (opened 1745) and anthracite was mined in Pennsylvania by 1790. The Industrial Revolution created a huge and increasing demand for coal. This slackened in the twentieth century as coal faced competition from abundant oil and gas, but production is now again increasing.

Anthracite is a hard, brittle, dense type of coal (often called "hard coal"), that is comparatively clean to handle and difficult to break and ignite (Fig 3). It is used primary for residential and commercial space heating. Anthracite burns with an intense flame and with the virtual absence of smoke because it contains a high percentage of fixed carbon and a low percentage of volatile matter. The moisture content of fresh-mined anthracite generally is less than 15%.

Anthracite forms from bituminous coal when great pressures developed in folded rock strata during the creation of mountain ranges. This occurs only in limited geographic areas, such as the Appalachian region of Pennsylvania.

Bituminous coal is a dense coal, usually black, sometimes dark brown (see Fig 4), often with well-defined bands of bright and dull material, used primarily as fuel in steam-electric power generation, with substantial quantities also used for heat and power applications in manufacturing and to make coke. Bituminous coal is the most abundant coal in active US mining regions. Its moisture content usually is less than 20%.

Coke is a hard, gray, carbonaceous residue derived from low-ash, low-sulfur bituminous coal from which the volatile components are driven off by heating in a special furnace at temperatures as high as 2,000°F so that the fixed carbon and residual ash are fused together. Before the exploitation of natural gas, much coal gas was thus produced for use as a fuel (heating value of 24.8 million BTU per ton) and also to make water gas. Today, most coke is used as a reducing agent in metallurgy, mostly in blast furnaces. Such coke must be strong (to support the weight of the charge), porous, and relatively pure.

Coal gas is a fuel once supplied to most homes and factories but now largely replaced by safer and more energy-rich natural gas. Coal is made by heating coal to about 900°C (1,650°F) in a closed retort and collecting the volatile matter (a process known as destructive distillation); coke remains as a residue. Coal tar is condensed out, and other valuable materials are removed by dissolving them out with water. The remaining mixture of gases, containing methane, carbon monoxide, and hydrogen, together with nitrogen and small amounts of other gases, is coal gas.

Coal tar is a dense, black, viscous, volatile liquid produced by the destructive distillation of coal; coke and coal gas are other products. Fractional distillation of coal tar produces a wide variety of industrially important substances. These include asphalt and creosote, a wood preservative; also various oils used as fuels, solvents, preservatives, lubricants (see lubrication), and disinfectants. Specific chemicals that can be isolated include benzene, toluene, xylene, phenol, pyridine, naphthalene, and anthracene – the main source for the pharmaceutical and other chemical industries.

Clean coal technology (CCT) includes all the various strands of research and development aimed at improving the environmental performance of coal-fired plants. It's generally taken to mean the process by which coal is gasified (i.e. turned into a gas as opposed to the conventional method of burning the coal itself in a combustion boiler), burned to power a turbine, and the carbon dioxide and other emissions captured for storage away from the atmosphere. However, the efficiency of traditional boilers used in coal stations has also been steadily improving and can rival the efficiency of gasification plants.

Improving the efficiency of boilers used in coal-fired power stations cuts carbon dioxide emissions because less coal is needed to generate the heat energy that turns the steam turbines powering the electricity generators. Current systems, called advanced supercritical boilers, have an efficiency level of around 42% compared with the 30% efficiency of an old-style boiler. The latest boilers also allow biomass to be added to the fuel mix, which can further reduce emissions. Increase the efficiency of a plant and combining it with biomass/coal firing reduces emissions to a level similar to that as a gas-fired power plant.

Gasification systems, such as Integrated Gasification Combined Cycle (IGCC), can be used for poly-generation. This allows the gas (hydrogen) to be used either to power a gas turbine or to be piped elsewhere, for example in transport or in the chemical industry. This approach could become a key component role in a future hydrogen economy.

Most of the industrialized nations are investing a significant amount of money into research and development of clean coal technology. Japan, Australia and the EU all have their own CCT programs. The biggest is the US FutureGen program, a $1bn project that is attempting to demonstrate the commercial viability of near-zero emission coal-fuelled power. It will look at integrating an IGCC electricity plant with hydrogen production, carbon dioxide capture, and geological storage.