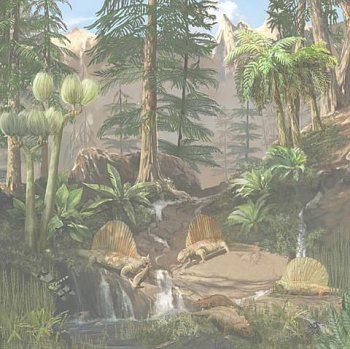 Scene from the Permian period. 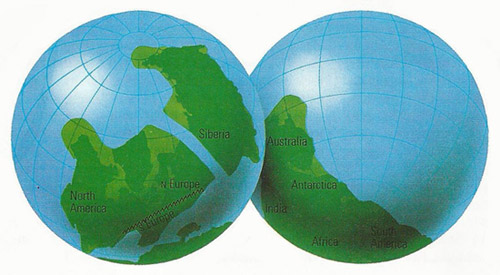 In the Permian, Northern Europe has collided with Southern Europe, pushing up the Variscan-type fold mountains, and this combined block started moving towards the Siberian plate.

The Permian period was final period of the Paleozoic era. The Permian period spanned the time between the Carboniferous period and the start of the Mesozoic era, about 290 to 248 million years ago. It was named by the British geologist Roderick Murchison (1792–1871) in 1841 after the Perm province in Russia.

There was widespread geologic uplift, resulting in the formation of Pangea. The major climatic characteristics of the period are aridity and glaciation.

The end of the Permian was marked by the largest mass extinction in the history of life on Earth, in which many groups of organisms died out including almost all marine invertebrates. On land, a relatively smaller extinction of diapsids and synapsids cleared the way for other forms to dominate, and led to what has been called the Age of Dinosaurs.