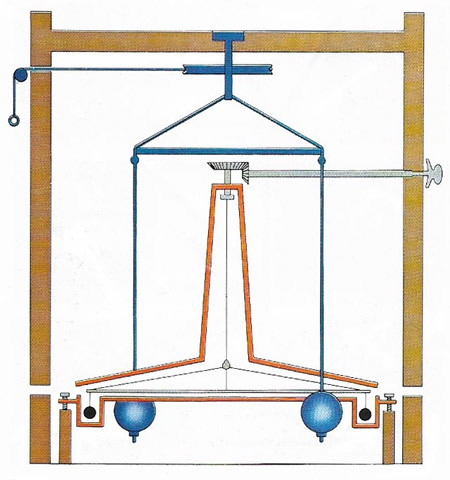 Henry Cavendish was an English chemist and physicist who showed that hydrogen ("inflammable air") was a distinct gas, water was a compound and not an elementary substances, and the composition of the atmosphere was more or less constant.

In 1798, Cavendish also used a quartz-fiber torsion balance to measure the Earth's mass (see diagram to the right). Two small lead spheres were attracted by two larger lead spheres and from the size of the deflection, the force of attraction between the spheres was calculated. Two work out the mas of the Earth, Cavendish compared this force with the gravitational pull of the Earth on the spheres (that is, their weight).

The Cavendish Laboratory at Cambridge University is named after him.