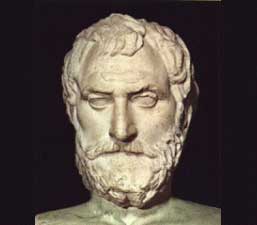 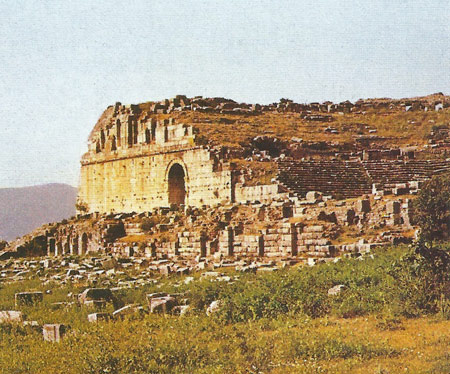 The city state of Miletus was the first known home of natural philosophy. Thales was born here. He was a member of the Ionian School, the earliest known in Greek philosophy. Anaximander also dwelt here, as did Leucippus, associated with atomism.

Thales of Miletus is traditionally regarded as the founder of Greek philosophy and therefore of Western rational speculation about the nature of the universe. His home was Ionia, a region that included the coastal strip and islands to the East of the Aegean in what is present-day Turkey. Half a dozen major city-states, together with as many smaller ones, had banded together to make a loose federation known as the Ionian League. Of these, Miletus, a large commercial center near the mouth of the Meander, was chief, and it was here that Thales lived and taught.

What we know of Thales and his works comes through the commentaries of others, since none of his original writings has survived. He asked: what is the raw material from which all the Universe is made? He thought the answer was "water." But the crucial point is that he broke new ground by suggesting that the Earth and everything beyond it had a common physical basis and was subject to natural, rather than supernatural, laws. Thales is said to have proposed that the stars were other worlds – an important departure from the view that they were simply lights suspended from a celestial vault. Following his lead, other philosophers began to rally behind rationalism and put forward their own views as to the fundamental essence of matter and the nature of objects in the sky. This led quickly to speculation about extraterrestrial life. He also supposedly predicted a solar eclipse in 585 BC.

Thales was succeeded in the Milesian school of philosophy by Anaximander and Anaximenes.