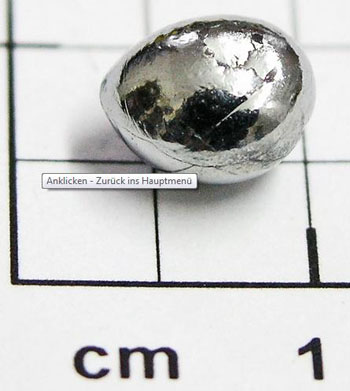 Rhenium (Re) is a very hard, silver-white transition element in group VIIB of the periodic table. It was discovered by W. Noddack and coworkers in Berlin in 1925 and is named after Rhenus, the Latin name for the River Rhine.

Rhenium is heavy and has a very high melting point. It is among the rarest metals very rare and found in molybdenite and platinum ores from which it is obtained as a by-product. It is analogous to manganese and forms compounds of all oxidation states between 0 and +7, those of the higher states being volatile and stable. Rhenium's uses are similar to those of the platinum group metals; in particular, it is used in thermocouples, flashlights, and filaments, and for catalysts in the chemicals industry.