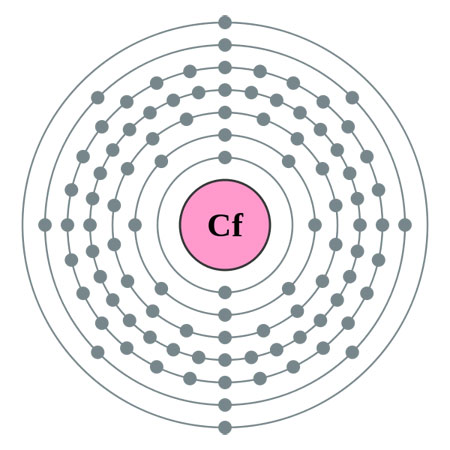 Californium (Cf) is a radioactive, metallic element of the actinide series, and also a transuranic element. It has the atomic number 98. It was first made in 1950 by Stanley Thompson, Kenneth Street, Albert Ghiors,o and Glenn Seaborg, using the 60-inch cyclotron at the Lawrence Berkeley Laboratory, by bombarding an isotope of curium, 242Cm, with alpha particles.

Californium-252, with a half-life of of 2.65 years, is a very strong emitter of neutrons. One microgram of it releases 170 million neutrons per minute, so that it presents a particular biological hazard. Because of the difficulty of producing californium in anything but minute amounts its use is limited. However, it has found application as a neutron startup source in some nuclear reactors, in cancer treatment, and in certain types of detection equipment.