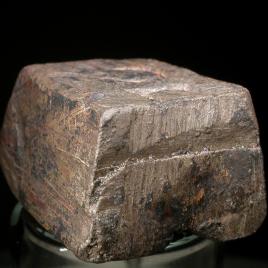 Thallium (Tl) is a soft, bluish-gray rare metallic element in group IIIA of the periodic table; it was discovered by William Crookes in London in 1861. Thallium resembles lead and is obtained as a by-product of processing zinc or lead ores. Its most common isotope is 205Tl (70.5%).

Thallium forms monovalent (thallous) compounds which may be oxidized to the less stable trivalent (thallic) compounds. Thallous sulfide is used in photocells, and mixed crystals of the bromide and iodide in infrared detectors. Thallium compounds are dangerously toxic; poisoning over a prolonged period causes loss of hair, disorders of the nerves in the limbs, and disturbance of the stomach and intestines. Thallium sulfide was once used as a rodent and ant poison but is now banned. Thallium-201 (an artificial radioactive isotope) is sometimes used during radionuclide scanning of the heart.