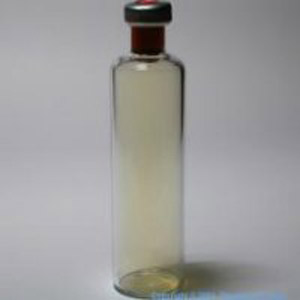 Fig 1. Chlorine gas in a bottle showing its distinctive coloration. 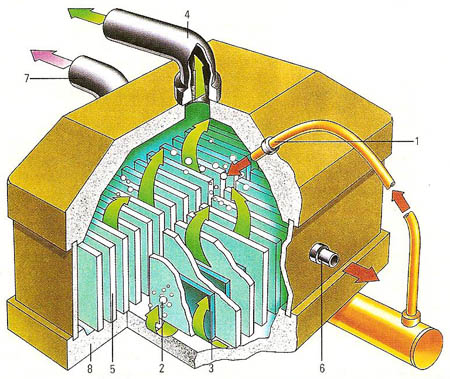 Fig 2. The industrial preparation of chlorine involves the electrolysis of brine, the reaction being 2NaCl +2H2O → Cl2 + 2NaOH + H2. The diaphragm cell shown here is one of the methods used. 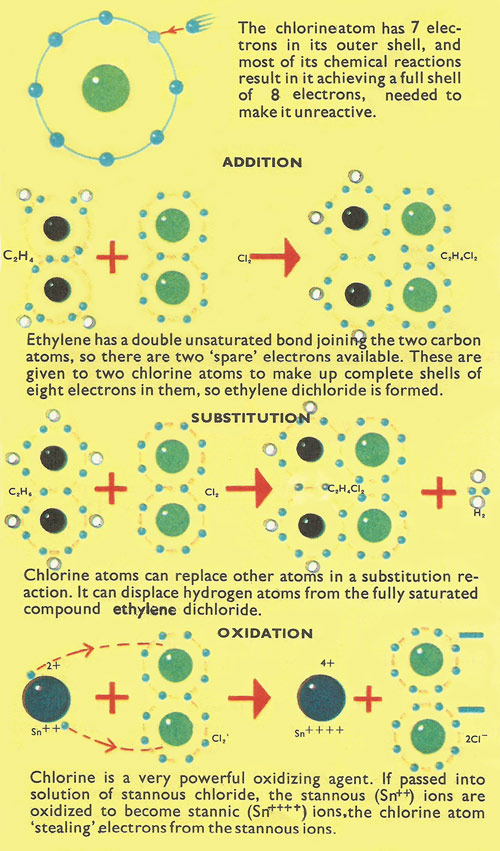 Chlorine (Cl) is a poisonous, greenish-yellow, gaseous element, with a choking smell (Fig 1). Chlorine is one of the halogens. It occurs widely in nature as sodium chloride in seawater and as halite (NaCl), carnalite (KCl.MgCl2.6H2O), and sylvite (KCl). It is washed out of rocks and carried down to the seas by rivers, where it forms more than 3% of the ocean’s weight. It is found in some parts of the world in salt beds, (old dried up seas) which are sometimes more than 60 m in depth. From these, sodium chloride is quarried in the form of rock salt. Chlorine gas, on its own, is never found in nature as it is far too reactive.

Chlorine is more than twice as dense as air and is quite soluble in water. When thoroughly dried and purified, it is not very reactive but in the presence of small traces of water, (always there when the gas is prepared in the laboratory or in industry) it becomes very active.

Chlorine does not burn but is a very reactive substance, combining directly with many elements, both metals and non-metals (e.g., sodium and phosphorus) and compounds. In some reactions it acts a strong oxidizing agent by removing hydrogen from compounds. The hydrogen combines with the the chlorine to yield hydrogen chloride. Apart from its appearance and pungent odor a test for chlorine gas is to see whether moist red litmus paper is bleached by the gas. The action of chlorine as a bleaching agent is one example of its oxidizing properties. The gas itself does not act as a bleach because the dry gas does not affect a piece of dry litmus paper. The bleaching action is caused by formation of hypochlorous acid (HOCl) when chlorine is dissolved in water:

When combined with oxygen, the chlorine atom forms a hypochlorite radical (OCl) that seems to possess bleaching properties. Thus, the formula of bleaching powder is often represented by Ca(OCl)2, although the true structure is rather more complicated than this.

Chlorine was discovered by Carl Scheele in Uppsala, Sweden, in 1774. Its name comes from the Greek chloros, meaning "pale green".