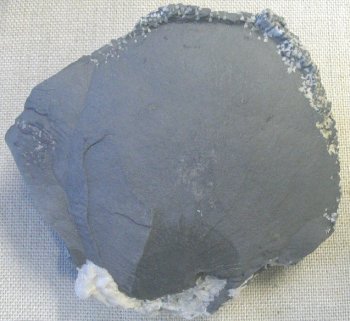 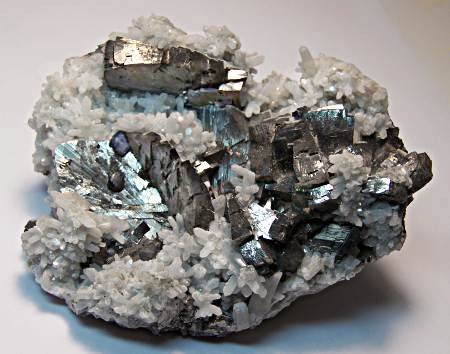 Arsenic (As) is a toxic, semimetallic element (see metalloid) of group VA of the periodic table. Compounds containing arsenic are used as a poison for rodents, insects, and weeds, and to harden lead and make semiconductors. Three allotropes are known: white arsenic, black arsenic, and a yellow, nonmetallic form (As4, resembling white phosphorus).

The major ore of arsenic is arsenopyrite (iron arsenide-sulfide, FeAsS). It is found with precious metal ores in high-temperature veins and occurs as monoclinic system prismatic crystals or granular masses. It is roasted to give arsenic (III) oxide or white arsenic, and is used as a poison.

Arsenic burns in air and reacts with most other elements, forming trivalent and pentavalent compounds, all highly toxic. It is used as a doping agent in transistors; gallium arsenide is used in lasers.

Arsenic was discovered by Albertus Magnus in the thirteenth century. The name comes from arsenikon, the Greek name for the yellow pigment orpiment.

Arsenic trioxide is a drug used to treat acute promyelocytic leukemia (APL) that has not gotten better or that has come back after treatment with other anticancer drugs. It is also being studied in the treatment of other types of cancer. Also called Trisenox.

Arsenopyrite (Fig 1 and 2), also known as mispickle, is the chief ore of arsenic, is a silvery-white mineral with metallic luster, crystallizing in the monoclinic system Fig 2).Arsenopyrite is a metallic white-gray, has a hardness of 5.5–6, and has a specific gravity of 6. It is an iron sulfarsenide (FeAsS). It is the chief ore of arsenic, and is found, among other places, in the United States, Canada, Germany, England, and Scandinavia.

Realgar is a soft, bright-red sulfide mineral, arsenic disulfide (As2S2). It is an ore of arsenic associated with orpiment and found in central Europe, Nevada, and Utah. Realgar forms monoclinic crystals.

Worldwide, more than 140 million people are exposed to toxic levels of arsenic in their drinking water. It enters the body's cells by diffusion and, once inside, disrupts how the cells function by binding to their machinery, inactivating it, and disrupting the way energy is transported. Long-term exposure can lead to skin disease and kidney and bladder cancer, and it is thought to stunt the intellectual development of children.

The most arsenic-contaminated regions are in India, Pakistan, and China, where soluble arsenic in ground waters exceeds the World Health Organization's (WHO) suggested maximum safe level of 10 parts per billion.

Arsenic is toxic to most living things but has been found to play a minor role in the metabolism of some bacteria, algae, and fungi. In 2010, a team of NASA-funded made a much more far-reaching claim, saying they they'd discovered certain types of bacteria that can fuel themselves using arsenic and sunlight. The bacteria were found in Mono Lake, California, which is fed by hydrothermal waters that leach out arsenic-containing minerals from the surrounding rocks. The American scientists who made the discovery suspected that these organisms harnessed an ancient metabolic pathway that was present in photosynthesizing bacteria on Earth before oxygen was present in the atmosphere. However, their claim was strongly criticized by other biologists and has since been disproved. For more on this story, see arsenic-based life.