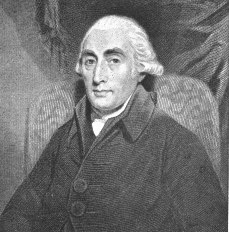 Joseph Black was a Scottish physician, chemist, and physicist, who helped establish the distinction between heat and temperature, and introduced the concepts of specific heat and latent heat. Joseph Black was born in Bordeaux, France, to parents of Scottish descent. After spending six years at school in Belfast, he entered the University of Glasgow in 1746 to study chemistry and medicine. In 1756 he became professor of anatomy and lecturer in chemistry at Glasgow. Ten years later he succeeded to the chair of medicine and chemistry in the University of Edinburgh.

Black was popular with his students because he took great pains in planning his courses and because his lectures were illustrated with many experiments. As well as making a number of valuable contributions to both physics and chemistry, he also found time to practice as a physician.


Joseph Black and the measurement of heat

The difference between temperature and heat is now well established even though it is easy to be confused by these two related terms. Temperature (the intensity of heat) can be measured quite easily using a thermometer. In contrast, the measurement of heat (quantity of energy) is more complicated.

Joseph Black carried out a series of important experiments concerning the measurement of heat and the relationship between heat and temperature. He showed that although there was no change in temperature, large quantities of heat were absorbed in melting ice and in turning boiling water to steam. He introduced the term latent heat for the heat required to bring about these changes of state.

Black also found that different amounts of heat were required to produce the same temperature rise in equal masses of different substances. For instance about 1.7 times more heat is required to raise the temperature of water from 15°C to 25°C than to bring about the same increase in temperature in an equal mass of ethanol (ethyl alcohol). To explain this variation between different substances, Black introduced the idea of specific heat. While carrying out this work he laid down the principles of heat measurement – calorimetry – which are still used today.

For the previous hundred years or more, advances in chemistry had been hampered by the phlogiston theory. However, as Black was suspicious of theories which were not supported by experimental evidence, he was able to make several valuable additions to chemical knowledge.

Until the middle of the eighteenth century very little was known about gases, in fact many people thought there was only one gas – air. About a century before, in 1640, van Helmont had discovered the gas which is now known as carbon dioxide, but with the rise of the phlogiston theory the significance of this was lost.

Black rediscovered carbon dioxide in 1754 while experimenting with two mild alkalis – the carbonates of magnesium and calcium. he found that when these compounds were heated, each produced a stronger alkali while at the same time fixed air – carbon dioxide – was liberated. The weight of the stronger alkali was less than that of the mild alkali from which it was obtained.