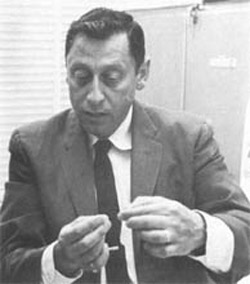 Harold Klein was a microbiologist who became chief of the Exobiology Division and then head of the Life Sciences Directorate NASA's Ames Research Center. For seven years prior to his arrival at Ames, he had been professor of biology and subsequently chairman of the biology department at Brandeis University in Massachusetts. Klein also served as head of the Viking project's biology science team. He was named to the Ames Research Center Hall of Fame in 2000. The astrobiology laboratory building at Ames has been dedicated in his honor.