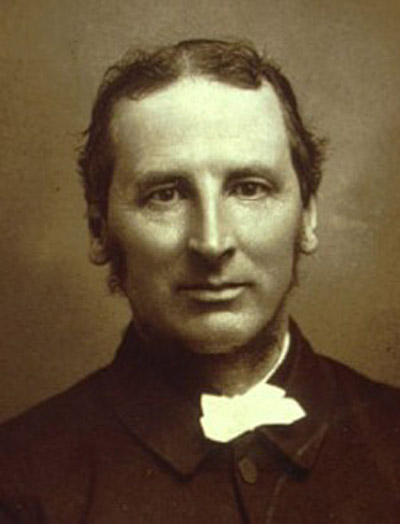 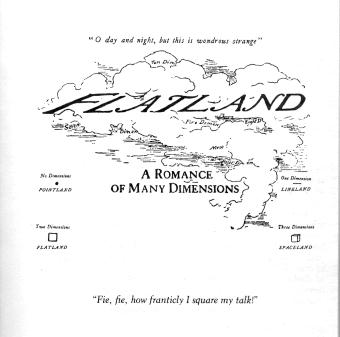 Edwin Abbott was an English theologian, educator, and author, born in London, who wrote several theological works and a biography (1885) of Francis Bacon but is best known for his standard Shakespearian Grammar (1870) and the pseudonymously written Flatland: A Romance of Many Dimensions (by A Square, 1884).

After a brilliant career at St. John's College, Cambridge, Abbott obtained a fellowship, was master at King Edward's School, Birmingham, and at Clifton College, and from 1865 to 1889 was headmaster of the City of London School. His sermons gave him a place in the front rank of the more liberal theologians within the Church of England: his view of Christianity he stated in Through Nature to Christ (1877). He was the author of Polychristus and Onesimus, two anonymously published romances of the first age of the church, and of The Kernel and the Husk (1887), an amplification of the same view of Christianity. Philomythus (1891) and the articles on the gospels in the Encyclopedia Britannica (1879) and Encyclopedia Biblica were also theologically "advanced" for his time. His Shakespearian Grammar was followed by works on Bacon, Newman (1892), Becket (1898), on the criticism of the gospels (1901), and on New Testament Greek (Johannine Grammar, 1906).

Flatland: A Romance of Many Dimensions is a satirical novel by Edwin Abbott,1 first published in 1884, that portrays a two-dimensional world, like the surface of a map, over which its inhabitants move. Flatlanders have no concept of up and down, and appear to each other as mere points or lines. From our three-dimensional perspective we can look down on Flatland and see that its people are "really" a variety of shapes, including straight lines (females), narrow isosceles triangles (soldiers and workmen), equilateral triangles (lower middle-class men), squares and pentagons (professional men, including the pseudonymous author of the tale, A. Square), hexagons and other regular polygons with still more sides (the nobility), and circles (priests). Abbott uses these geometrical distinctions, especially the appearance of Flatland females and the working class, as a commentary on the discrimination against women, the rigid class stratification, and the lack of tolerance for "irregularity" that was prevalent in Victorian Britain. In a dream, A. Square visits the one-dimensional world of Lineland where he tries, unsuccessfully, to persuade the king that there is such a thing as a second dimension. In turn, the narrator is told of three-dimensional space by a sphere who moves slowly through the plane of Flatland, growing and shrinking as his cross-section changes in size. (If a hypersphere were to move through our three-dimensional world, we would see a sphere appear, grow to a maximum size, and then shrink again before disappearing.)

Abbott is aware that he cheats a little in his description of what the inhabitants of Flatland actually see. In his preface to the second edition, he gives a lengthy but not-too-convincing reply to the objection, raised by some readers, that a Flatlander, "seeing a Line, sees something that must be thick to the eye as well as long to the eye (otherwise it would not be visible...)." The curious and often-neglected fact is that we are just as unable to imagine what it would truly be like to see in two dimensions as we are to conceive of four dimensions!