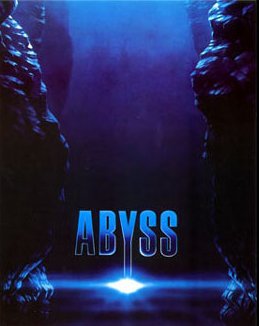 The Abyss is a science fiction film that wasreleased in 1989. Divers working on an undersea oil platform move in to help a sinking nuclear submarine only to find themselves in danger, teetering on the edge of a precipice. Fortunately, help is at hand in the form of benign aliens.

The Abyss is an expensive, hi-tech underwater action movie which plays like a cross between Close Encounters of the Third Kind, Cocoon, and the same director's Aliens. A special edition of the film later appeared on video containing an extra 25 minutes of footage.