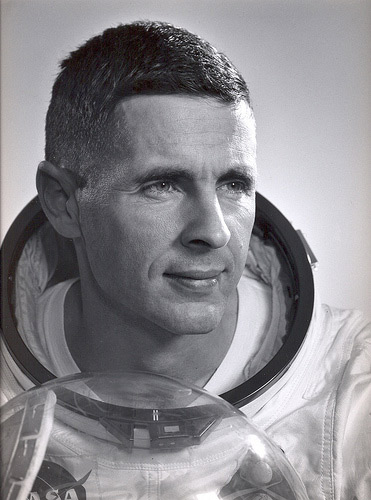 William Anders is a retired American astronaut, who was selected with the third group of astronauts in 1963 and served as backup pilot for Gemini 11 and Lunar Module pilot for Apollo 8. Although a graduate of the United States Naval Academy, Anders was a career Air Force officer. He resigned from NASA and active duty in the Air Force in Sep 1969 to become Executive Secretary of the National Aeronautics and Space Council. He joined the Atomic Energy Commission in 1973, was appointed chairman of the Nuclear Regulatory Commission in 1974, and was named United States Ambassador to Norway in 1976. Later he worked in senior positions for General Electric, Textron, and General Dynamics.