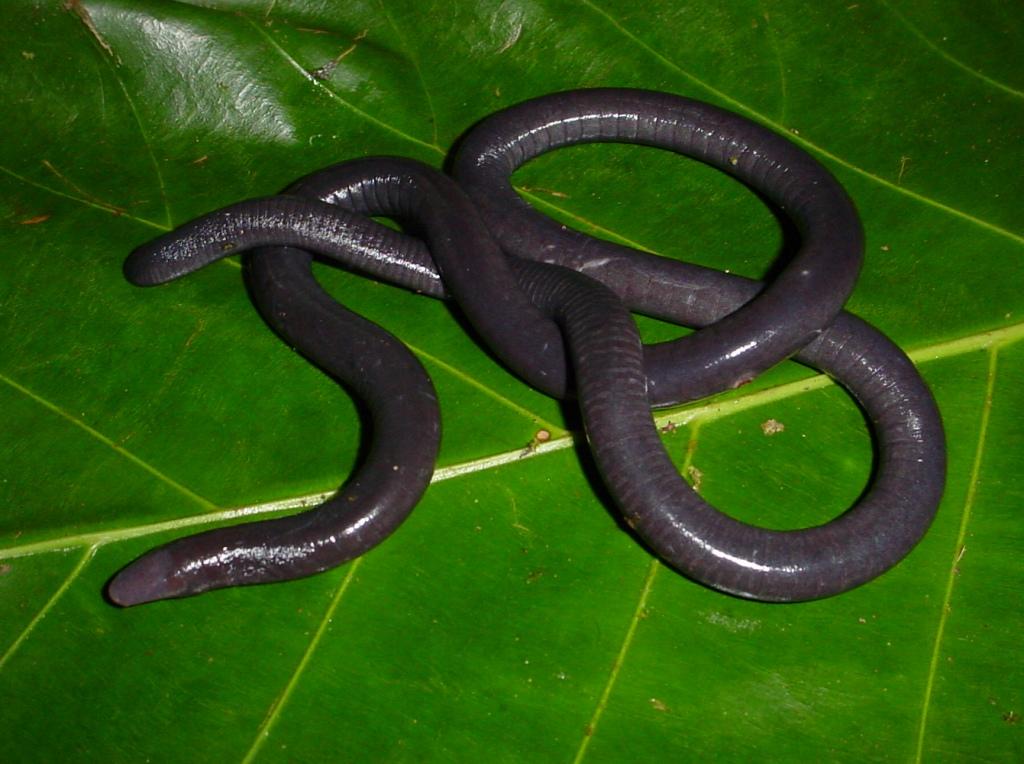 Apoda is one of the three orders of living amphibians (class Amphibia).

Apodans, also called caecilians, are not familiar to most people, in the way for example that frogs, toads, and newts are, nor do they have any common names. They live in the tropics and resemble large, gray earthworms, having no limbs and only minute, almost useless eyes. They do, however, have tiny scales in their skin – a feature absent from other amphibians. Most of them burrow in damp soil but a few live in water. The eggs are large and laid in damp soil or in water, but some species are viviparous.

The free-living larval stage may be suppressed as in some salamanders.