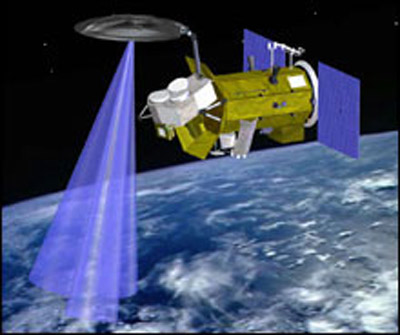 Aquarius is a focused satellite mission to measure global sea surface salinity (SSS). Its instruments will measure changes in SSS equivalent to about a pinch (i.e., 1/6 of a teaspoon) of salt in 1 gallon of water. By measuring SSS over the globe with such unprecedented precision, Aquarius will answer long-standing questions about how our oceans respond to climate change and the water cycle. For example, monthly SSS maps will give clues about changes in freshwater input and output to the ocean associated with precipitation, evaporation, ice melting, and river runoff. Aquarius data will also be used to track the formation and movement of huge water masses that regulate ocean circulation and Earth's climate. The spacecraft will carry two science instruments, a radiometer and a scatterometer.

The mission will be led by principal investigator Gary Lagerloef of Earth & Space Research. Goddard Space Flight Center (GSFC) will build and calibrate the highly accurate radiometers that are crucial for the detection of ocean salinity. Jet Propulsion Laboratory (JPL) will design and build the scatterometer that helps to minimize measurement errors due to sea surface roughness. JPL will manage the mission until launch when GSFC assumes this duty. Data processing, dissemination, and archiving tasks will be shared between GSFC and JPL.

Aquarius is named after the Water Bearer constellation because of its objective to explore the role of the water cycle in ocean circulation and climate. Aquarius will launch in March 2009 and will orbit the earth for at least three years, repeating its global pattern every 7 days. Within two months, Aquarius will collect as many sea surface salinity measurements as the entire 125-year historical record from ships and buoys, and provide measurements over the 25% of the ocean where no previous observations have been made.