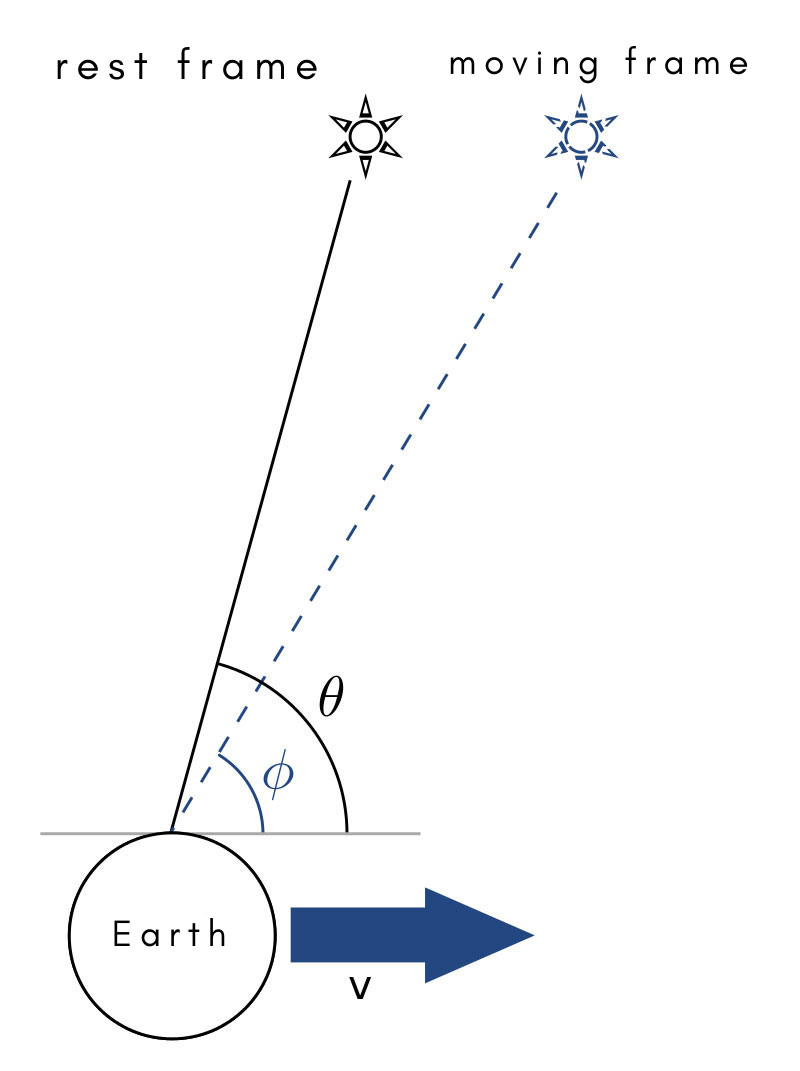 The apparent position of a star viewed from Earth depends on Earth's velocity. The effect is typically much smaller than illustrated.

Aberration of starlight is the difference between the observed position of a star and its true direction. It is a combined result of the observer's motion across the path of the incoming starlight and the finite speed of light. The effect is similar to that observed by someone walking in the rain: though the rain is in fact falling vertically, because of the person's motion it appears to be falling at an angle.

There are three components of the aberration of starlight: annual aberration (up to 20.47") caused by Earth's revolution around the Sun, diurnal aberration (up to 0.3") caused by Earth's axial rotation, and the very small secular aberration caused by the motion of the solar system through space. Stars on the ecliptic appear to move to and fro along a line of 41"; stars 90° from the ecliptic appear to trace out a circle of radius 20.5"; and stars in intermediate positions trace out ellipses of major axis 41".