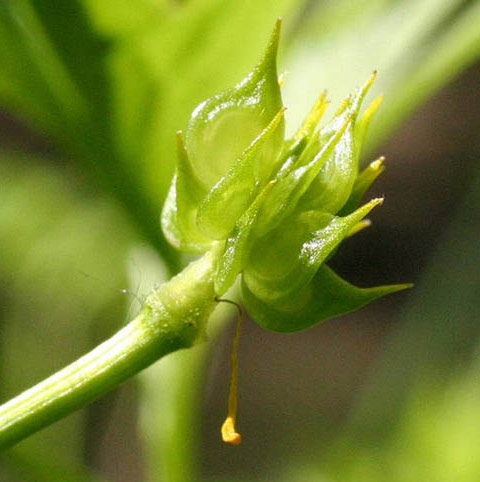 An achene is a dry, one-seeded fruit formed from a single carpel, with no special method of opening to liberate the seed (i.e., it does not open spontaneously). Achenes may be smooth-walled (e.g., buttercup); feathery (e.g., traveler's joy); spiny (e.g., corn buttercup); or winged. Winged achenes, produced by, for example, the ash, maple, and sycamore, are called samaras and are dispersed by the wind.

The achene is a very common fruit type, and the one most likely to be mistaken for a seed, given that it is nothing more that a seed along with an additional thin covering, the 'pericarp' (ovary wall).