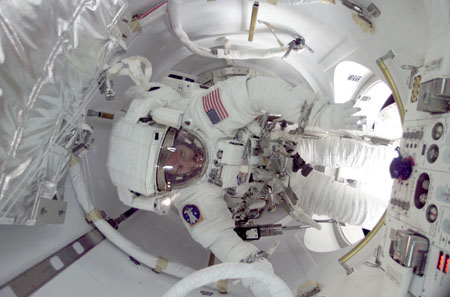 Astronaut in one of the airlocks of the International Space Station.

An airlock is an airtight chamber or passageway with two, hermetically-sealed doors to allow people and materials to pass between environments having different air pressures. Air locks are used on caissons facilitating underwater excavation, on spacecraft, as submarine escape hatches, and in industrial high-vacuum installations.