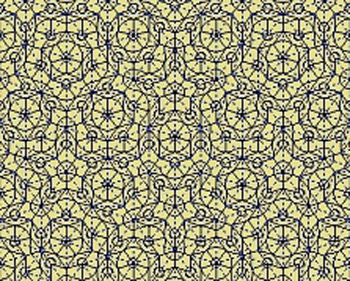 An aperiodic tiling is a tiling made from the same basic elements or tiles that can cover an arbitrarily large surface without ever exactly repeating itself. For a long time it was thought that whenever tiles could be used to make an aperiodic tiling, those same tiles could also be fitted together in a different way to make a periodic tiling. Then, in the 1960s, mathematicians began finding sets of tiles that were uniquely aperiodic. The most famous of these are the Penrose tilings.