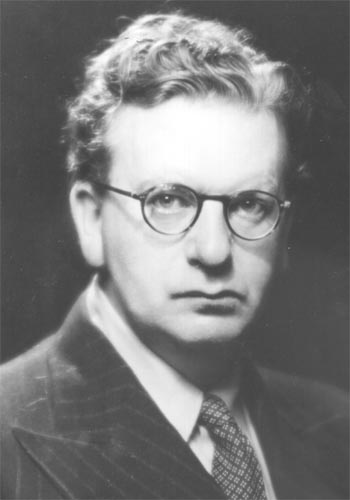 John Logie Baird was a Scottish electrical engineer and early developer of television. In 1926 Baird demonstrated the first working television to members of the Royal Institution in London. In 1928 he transmitted television to a ship at sea, and in 1929 was granted experimental broadcasting facilities by the British Broadcasting Corporation (BBC). His 240-line, part-mechanical, television system was used for the world's first public television service by the BBC in 1936. In 1937 it was superceded by a fully electronic model.

John Logie Baird was the man who changed television from being a vague dream into a definite reality. He was not its inventor. The idea had been in existence long before.

The possibility was first realized after the photoelectric effect had been discovered in 1839 when it was noticed that the electrical resistance of selenium, a chemical relative of sulfur, changed when the intensity of the light falling on it altered. Light fluctuations could be turned into electrical fluctuations and vice versa. Perhaps something of this nature was the key to the transmission of pictures. Several would-be inventors made and designed pieces of apparatus, but Baird's was the first one to actually work, and it was largely his enthusiasm that rocketed a television broadcasting system into being.

Baird was never very strong and for most of his life suffered ill health. He first became interested in the problem of television while studying electrical engineering at Glasgow University. Soon after getting a degree he gave up engineering to start out on a commercial career in London, but unfortunately he was forced to stop because his health broke down. So Baird, aged 34, went down to Hastings in search of peace and quiet, hoping the freedom from strain would bring his health back.

He quickly became bored with nothing to do, so once more started to design and make a machine for transmitting and receiving moving pictures. Success came three years later with apparatus made from old biscuit tins, a hat box, darning needles, bicycle lamp lenses, and worn out electric motors. It may have been constructed out of bits of old junk, but it certainly worked.

Baird by this time was penniless after the long period of not earning and was delighted to be paid £25 a week for three weeks for demonstrating his television in a big London store. The image received was only 1.5" × 2" and was very flickery, but nevertheless it was possible to recognize the faces being televised. Because of this publicity he was able to raise a little money to finance more research.

In 1927, he sent pictures from London to Glasgow via telephone wires. In the following year, without using wires, he sent images from London to New York. Scenes were televised in the dark using infrared rays. Baird also invented a device for storing images on wax, made a simple color television, and experimented with stereoscopic television.

Yet for all his undoubted genius none of Baird's inventions is in use today. His ideas quickly became old-fashioned and better ones took their place. His scanning system was really his downfall. He insisted on using a mechanical system of scanning the scene. By mounting a series of lenses, radiating slits, and spiral slits in spinning disks, he produced the effect of an eye flashing across a page, first taking in one point and then rapidly moving on to the next. His rivals preferred an electronic scanner. Both systems were given a period of trial by the British Broadcasting Corporation but the mechanical system was finally rejected because it gave more flickery pictures.