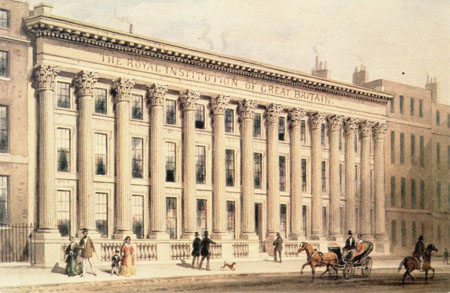 The Royal Institution is an English scientific society, founded in 1799 by Benjamin Thompson (see Count Rumford) to encourage scientific study and the spread of scientific knowledge. It has associations with many eminent figures in science, including Humphry Davy and Michael Faraday. It became well known for its Christmas lectures to the public, the first series of which was delivered by Faraday in 1825, and which continue to this day.