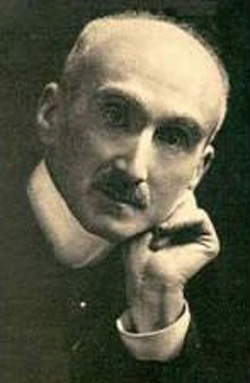 Henri Bergson was a French philosopher and writer who was the first exponent of process philosophy. He reacted against the physcists' definition of time, substituting a notion of experienced duration; rejected the psychophysical parallelism of the day and asserted the independence of mind; and popularized the idea of an élan vital, or creative force, at the heart of evolution, rather than a deterministic natural selection. Together with Hans Driesch in Germany, he advocated a return to a form of vitalism ('neovitalism') which, as Leonard Troland put it:1

... asserts that the phenomena of life are not determined by law-abiding forces but by a form of activity the effects of which are unpredictable, ... chaotic and beyond the range of science.

Bergson was awarded the 1927 Nobel Prize in Literature.