Fig 1. Drawing of Biela's Comet by Otto Wilhelm Struve (Pulkovo) on Sep. 25, 1852, following its breakup. North is toward the top right. 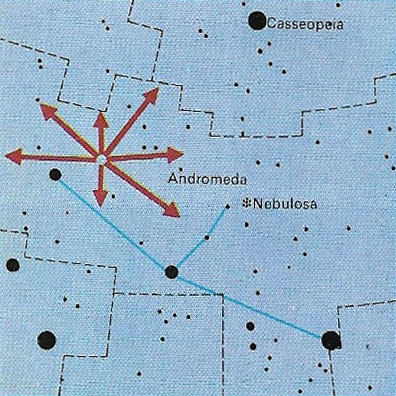 Fig 2. The original radiant of the Andromedids following the breakup of Biela's comet.

Biela's comet (3D/Biela) was a periodic comet named after Baron Wilhelm Baron von Biela (1782–1856), an Austrian army officer and amateur astronomer, who observed it in 1826, though it had been seen first in 1772. Biela's comet broke up on its 1846 return (see Fig 1)and subsequently gave rise to some spectacular showers of the Andromedids, also known as the Bielids.

The Andromedids is a meteor shower associated with Comet 3D/Biela, not observed by the naked eye since 1940. The first recorded appearance of the shower, which radiated from near the star Gamma Andromedae, was in 1741. Spectacular meteor storms were observed in November 1872 and 1885, following the break-up of the associated comet, when the rates were many thousands per hour. Some weak activity can still be detected annually using special equipment. The debris from the old comet has now dispersed so much that the meteors may now appear to radiate not just from a point in Andromeda (Fig 2) but from neighboring constellations as well.