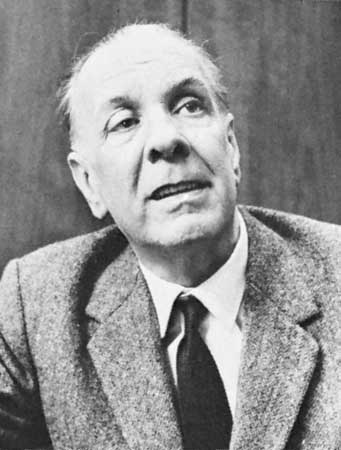 Jorge Luis Borges was an Argentine author, essayist, and poet, many of whose short stories explore paradoxes and other strange avenues of mathematics, logic, philosophy, and time. For example, the possibility of branches in time is dealt with in "The Garden of Forking Paths," while the strange notion of the Universal Library is the subject of "The Library of Babel" (1962). Borges was profoundly influenced by European culture, English literature, and such thinkers as George Berkeley.

Borges specialized in the very short story or prose sketch, often so rich in ideas and language as to be more substantial than most novels. Both failing eyesight (which became total blindness) and the poet's instinct encouraged this compression. His imaginative prose could take the form of a short story, pseudoscholarly essay, fable, or even review of an imaginary book. It always resists categorization but is often concerned with bizarre twistings of reality or metaphysical paradoxes. His work had a pervasive influence on the more sophisticated science fiction of the late 1960s. A few of his stories, such as "The Immortals" (1962) and "Utopia of a Tired Man" (1977) are overt science fiction; many more are fantasies.