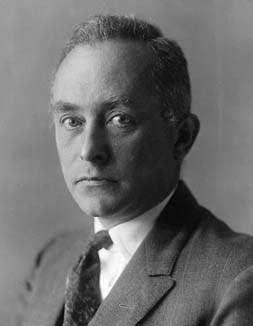 Max Born was a German theoretical physicist who was a central figure in the development of quantum mechanics. His most important contribution was the probabilistic interpretation of the Schrödinger wave equation, which provided a link between wave mechanics and the old quantum theory. He shared the 1954 Nobel Prize in Physics with Walther Bothe, and devoted his later years to the philosophy of physics.