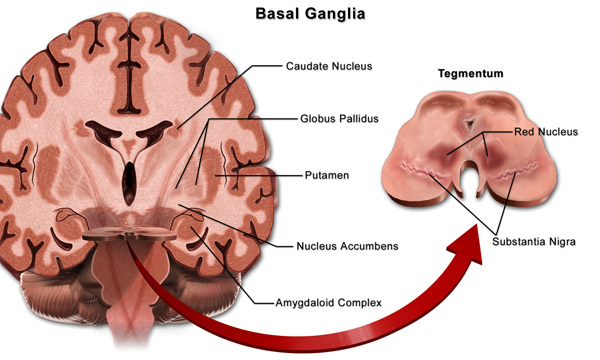 Basal ganglia are paired nerve cell clusters in the brain, deep within the cerebrum and upper part of the brainstem. The basal ganglia play a vital role in producing smooth, continuous muscular actions and in stopping and starting movement. Specifically, they are involved in:


Anatomy of the basal ganglia