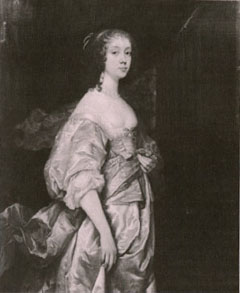 Margaret Cavendish, Duchess of Newcastle, was the author of The Blazing World in which the heroine makes a round trip of the Moon and planets and thus qualifies as the first fictional female space traveler. Cavendish was a colorful figure and a prolific and popular author. The diarist Samuel Pepys described her less kindly as "mad, conceited and ridiculous." A tremendous self-publicist, she published under her own name – a radical and deliberate infringement of contemporary proprieties – a huge body of work encompassing historical treatises, essays, poems, plays and autobiography. Her personal excess was legendary and when she made her rare and highly theatrical public appearances, men and women lined the streets of London to catch a glimpse of her.