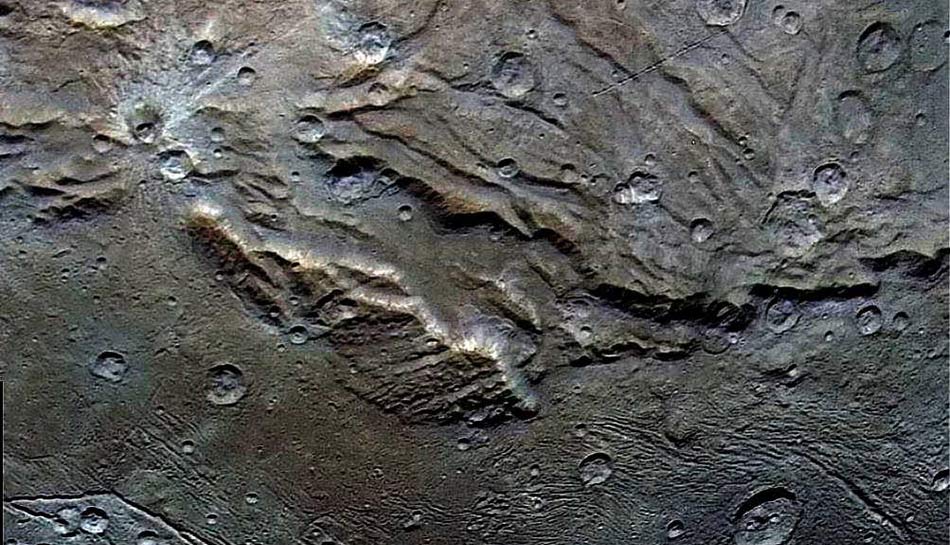 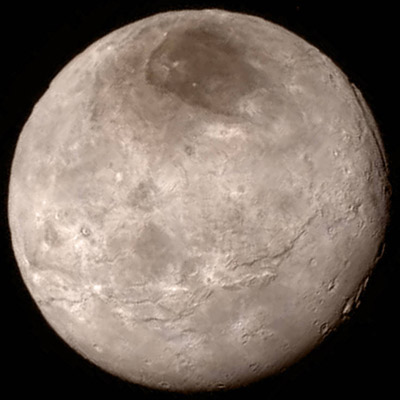 Image of Charon by New Horizons. 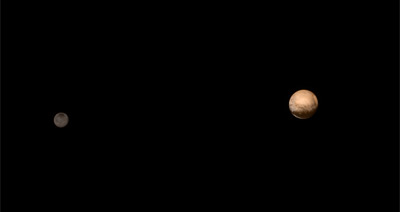 Pluto and Charon, to scale. Photo taken by New Horizons on approach. 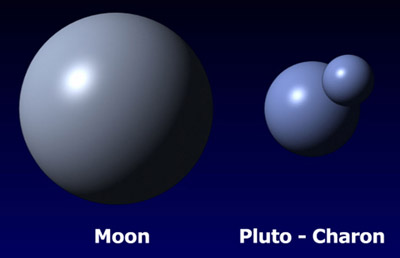 Relative sizes of the Moon, Pluto and Charon.

Charon is the largest of the five known moons of Pluto. Charon was discovered in 1978 by US Naval Observatory astronomer James Christy (1938–). With just over half the diameter of Pluto and one-seventh the mass, Charon is easily the largest satellite relative to its planet in the Solar System.

Charon orbits a mere 18,000 km (11,200 mi) above surface of Pluto, which is more than 20 times closer than the Moon is from the Earth. Owing to their closeness and the fact that Charon is so large, the common center of gravity of Pluto and Charon, known as the barycenter, lies in the space between the two worlds.

During the 1980s, Earth crossed the orbital plane of Charon so that, from our vantage point, Charon and Pluto alternately passed in front of each other. These eclipses enabled the size of the two objects and other valuable data on the Pluto-Charon system to be collected. Albedo measurements suggest that Charon is covered mainly with water-ice, while Pluto has a coating of frozen nitrogen. Set against the favored view that Charon stemmed from the collision between Pluto and another large object in the early days of the Solar System, is the suggestion that Pluto and Charon formed independently.

The likely presence of water-ice, together with the possibility that Charon is subject to significant tidal heating as a result of Pluto's gravity, has led to the hypothesis that there may be a sub-ice liquid ocean of water on the moon which could harbor microbial life. Charon was observed at close range by the New Horizons probe when in flew past at a distance of 27,000 km (17,000 mi) in July 2015.

New Horizons found few impact craters on Charon, indicating that the moon has a young surface and is geologically active and thus probably differentiated. The southern hemisphere has fewer craters than the northern and is less rugged, suggesting that a massive resurfacing event – perhaps prompted by the partial or complete freezing of an internal ocean – occurred at some point in the past and removed many of the earlier craters.