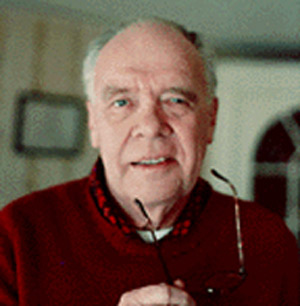 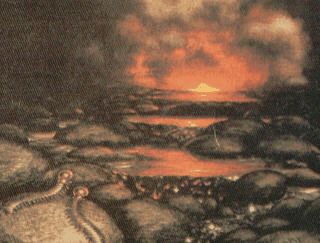 Mesklinites on Dhrawn, the dark companion of Lalande 21185, in Mission of Gravity.

Hal Clement was an American science fiction writer (real name Harry Clement Stubbs) and college physics teacher, with degrees in astronomy and chemistry, who speculated in detail about the intelligent life-forms that might evolve on a world of extremely high gravity (see gravitational life).

His books Mission of Gravity1 (1954), Close to Critical (1964), and Starlight (1971), explore the biology and physics of a giant, rapidly-spinning planet, Mesklin, whose effective gravity varies from 3 times (at the equator) to 700 times (at the pole) that of the Earth. Also described in Close to Critical is the planet Tenebrae, which is utterly different to Mesklin – 650 K surface temperature (compared with ~100 K on Mesklin), 800 bars of water vapor atmosphere (8 bars hydrogen on Mesklin) and 3g gravity (Mesklin's equatorial value). The title refers to water's critical point which Tenebrae dips below at night causing immense raindrops to form. Robert Forward presents an even more extreme setting than Mesklin for gravitational life in his Dragon's Egg and Starquake.