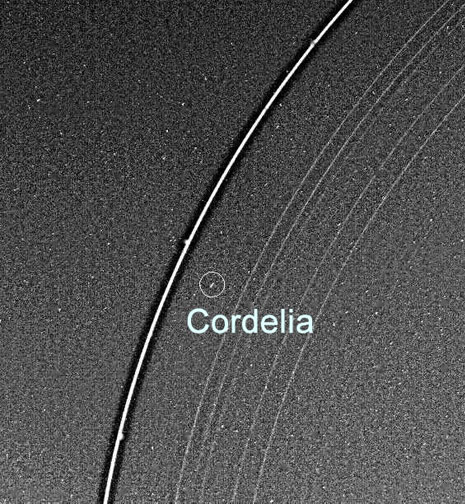 Cordelia is the innermost moon of Uranus. It is named after the youngest daughter of King Lear in Shakespeare's play and is also known as Uranus VI. Cordelia acts as the inner shepherd moon of Uranus' epsilon ring. It was discovered by the Voyager scientist Richard J. Terrile from images taken by Voyager 2 on January 20, 1986, and was given the temporary designation S/1986 U7.